We were deceived in power-sharing deal — Kajiado leaders 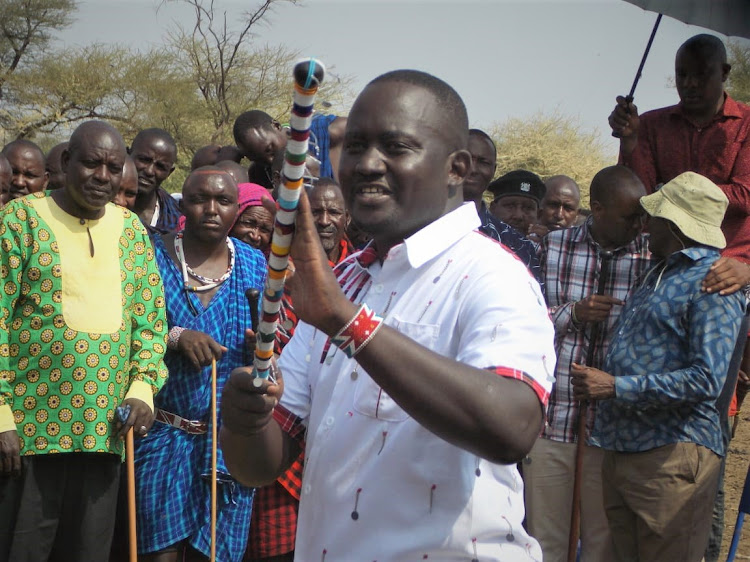 The Kajiado Iloodokilani community leaders on Wednesday claimed they were deceived in the power-sharing deal they entered during the last general election.

They said the community, mostly domiciled in the Magadi was to get the county assembly speaker’s seat but that never happened.

“We were ovelooked when the time came to elect of the speaker,” former Magadi MCA Joseph Masiaya said.

He said the Iloodokilani and Purko communities have for many years,  been side-lined in the allocation of resources and county positions.

“We are hopeful that the Kenya Kwanza government will do better balancing in future appointments,” Masiaya said.

“Look at the positions held by people from Kajiado West, they have the MP, woman rep and county speaker and all of them hail from the Ilkeek-onyokie community,”Masiaya said.

It is commonplace for elders and other powerbrokers to negotiate the distribution of political positions among the Maasai in Kajiado.

The aim of these agreements is to ensure the Maasai vote is not split, which could lead to a loss of positions to other tribal groups in the county, including non-Maasais.

Prior to the August 9 election, it is said that the Ilkeek-Onyokie prevailed upon the other communities to support their bids for the parliamentary and women representative seats.

The highest position held by the Iloodokilani is that of the MCA.

“In the national level, the highest position we have ever held is that of a chief," Iloodokilani MCA Saitoti Saigilu said.

The Iloodokilani and Purko feel left out since they have no representatives in any high elective office.

Hopes dashed as many families remain hungry in Kajiado

Zebras, wildebeest and giraffes are visiting homes for water where they risk being killed.
Counties
2 weeks ago

Defence team had objected use of mobile phone and smart watch evidence
News
2 weeks ago
Post a comment
WATCH: The latest videos from the Star
by KURGAT MARINDANY Correspondent
Rift Valley
23 November 2022 - 12:50
Read The E-Paper