To become speaker in the first round, one needs at least 22 votes in 33-member assemby 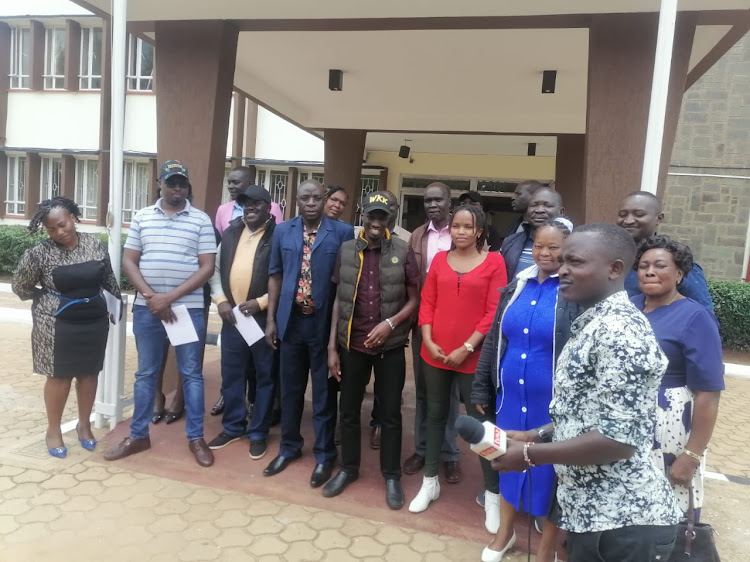 Korir held the Cherangany Parliamentary seat between 2013 and 2017 when he lost to former MP Joshua Kutuny.

Kutuny had served from 2007 and 2013 before Korir took over. Both Korir and Kutuny were defeated by Patrick Simiyu who won the seat in the August polls.

Korir is eyeing the speaker's seat and is backed by President William Ruto's UDA.

Korir is among those who returned their applications by Saturday.

Nairobi lawyer Edward Waswa is among the contenders, according to a list by the assembly.

Waswa is being fronted by Democratic Action Party of Kenya DAP-K, which is associated with former Defense CS Eugene Wamalwa.

Former Speakers David Sifuna Mukinisu, popularly known as  Owapapa, and Joshua Motto Werunga were among those who submitted applications tseeking a comeback.

Korir is considered the favourite due to Kenya Kwanza's numbers in the House. His bid has sparked questions as another UDA candidate, Bishop Julius Mbagaya, said he is better qualified.

Matisi MCA-elect Obed Mwale Mahanga is the only one who expressed interest in the position of deputy speaker by Sundays deadline. He is serving his second term.

MCAs convene for the first sitting on Tuesday to take their oath of office, then elect their speaker, deputy speaker and committee chairpersons.

Addressing reporters on Saturday, Korir expressed confidence he would win.

"We have the numbers and are ready to face our challengers," Korir said.

Lawyer Waswa said determination, hard and smart work, commitment and resilience were the qualities needed by a good speaker.

"I have what it takes to take this legislative house to the next level," he told reporters on Sunday.

"I am the most qualified of all those who have expressed interest and I have what it takes," he said.

To win in the first round, a candidate must garner at least 22 votes in the assembly of 33 MCAs.

If it goes to a second round, the top two will face each other in a runoff; a simple majority is required to win.

He has made it clear he won't tolerate unprofessional behaviour, lateness, laziness or slackers
News
3 weeks ago

Security blocked officials who showed up after 9am for Monday meeting.
Counties
3 weeks ago