Company provided jobs to over 2,000 people but shut down when global prices sank

• Kenya Fluorspar company was government owned, then Canadian owned, providing many jobs and a boost to the economy.

• County wants to revive fluorspar mining. It has formed a taskforce to investigate. It will meet mining officials and hopes to meet the President. 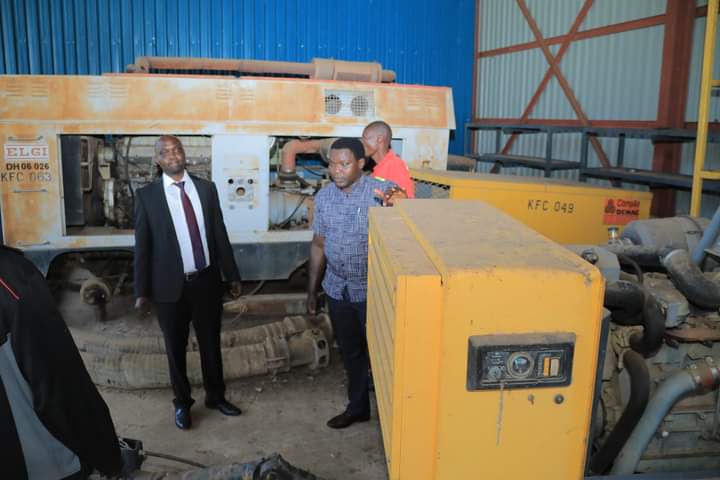 Governor Wesley Rotich wants the Kenya Fluorspar Company to be revived or  new investors to come in. The company ended operations in 2016 and decided not to renew its license.

It cited a prolonged global slump in commodity prices.

Rotich has formed a taskforce to report within 30 days how to revive fluorspar mining, or revive the company.

The government-owned company, later Canadian-owned, directly and indirectly benefited thousands of people, most of them now jobless.

The report will be discussed with county leaders, then presented to the Ministry of Mining. County leaders then will seek a meeting with President William Ruto to make their case on reviving operations. 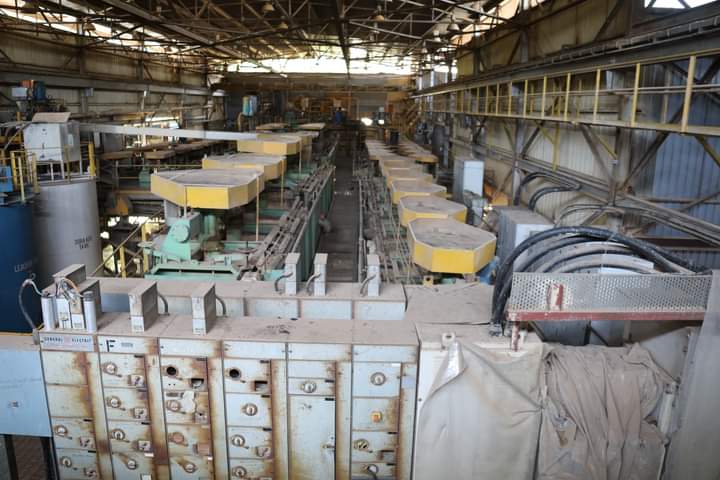 It operated in Kimwarer on 970 acres in the Kerio Valley.

Speaking while touring the company  in Keiyo South, Rotich said the taskforce will carry out public participation especially on compensation, which has been pending since the 1970s.

“The local community who surrendered land to the government to establish the company were not compensated and its collapse rendered them jobless, making them suffer a double loss," he said.

He said resumption of operations will alleviate the acute problem of unemployment in the country as it can directly employ more than 2,000 people and benefit many more indirectly.

Geologists say the area has fluorspar deposits than can provide the factory with raw materials for 30 years, Rotich said.

He said revival of operations will benefit both the economy and the country as a whole, due to foreign exchange from exports.

Once the company resumes operations, he will fight to ensure the community’s interests will be paramount by providing jobs and imposing levies. The county and country will both get their shares, he said.

Rotich called on the county police commander to improve security at the company. He said most equipment was intact, but some had been vandalised for the metal.

The company was started in the 1970s.

Former MD Nico Nico Spangenberg said the company halted operations due to prolonged poor international prices for the minerals as a result of entry of players from Eastern Europe.

At its peak, the Kenya Fluorspar Company used to export 106,000 tonnes annually, before scaling down in 2014 and finally shutting down in 2016.

If resumed the projects can create more than 10,000 direct and indirect jobs for residents.
Counties
2 months ago

A clan in Kerio Valley has opposed the resettlement of 1,300 families to pave way for fluorspar mining. Elders from Kapterik clan in Elgeyo ...
Counties
4 years ago

4,000 in Kerio Valley to wait longer for fluorspar mining compensation

At least 4,000 Kerio Valley residents, who are to be evicted for fluorspar mining, will wait longer for compensation. Political leaders led by ...
News
4 years ago

The government has started the process of compensating 1,400 Kerio Valley families evicted 40 years ago by Kenya Fluorspar Company.The families were ...
News
4 years ago

The Kenya Flourspar Mining Company in Kerio Valley will shut down its operations tomorrow causing massive unemployment. More than 2,000 ...
Counties
6 years ago
Post a comment
WATCH: The latest videos from the Star
Rift Valley
14 September 2022 - 22:00
Read The E-Paper