Planning underway to swear in governors in North Rift

New governors have been assigned cars, bodyguards, other aides ahead of swearing-in.

• Assumption of office committees have begun meetings in counties where budgets have been set aside for governors' swearing-in.

• Chief Justice Martha Koome appointed 47 judges to preside over the swearing-in of governors elected on August 9. 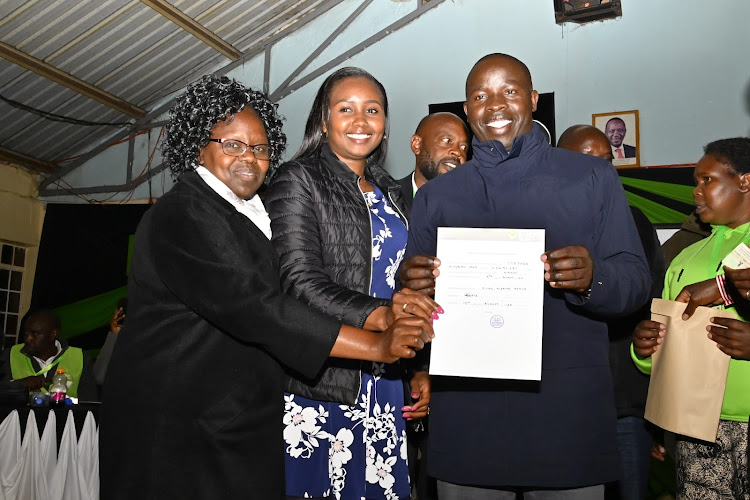 Preparations are underway for the swearing-in of new and re-elected governors in the North Rift region.

Assumption of office committees have begun meetings in counties where budgets have also been set aside to finance  swearing-in activities.

Chief Justice Martha Koome appointed 47 judges to preside over the swearing-in of governors elected and reelected in the August 9 general election.

Last Monday, Koome in a circular said the exercise will take place immediately the winners are gazetted by the Independent Electoral and Boundaries Commission.

Natembeya will be succeeding Patrick Khaemba who has completed his second term, as will Bii who will be taking over from Mandago in Uasin Gishu.

Rotich who will be succeeding his boss Alex Tolgos in Elgeyo Marakwet.

In Nandi, Sang was elected for a second term after defeating efforts by former Governor Dr Cleophas Lagat to make a comeback.

Natembeya said they were ready to start work immediately after being sworn in.

“We are set for the task ahead and we pray for God’s guidance to enable us serve our people effectively," Natembeya said.

Uasin Gishu county had set aside Sh40 million for the assumption of office ceremonies and other related costs. Most counties will spend similar amounts.

The new governors have already been assigned cars, body guards and other aides ahead of their swearing-in.

The swearing in of the governors-elect shall occur in a public ceremony before a High Court Judge.

He or she should be sworn in on the first Thursday after the tenth day following the declaration of the final results of the election of governor by the IEBC.

“The oath or affirmation shall take place not earlier than 10am and not later than 2pm,” the law says

Upon taking or subscribing to the oath, the governor shall sign a certificate of the inauguration in the presence of the High Court Judge who conducts the ceremony.

Steps for swearing-in of President-elect

Swearing in ceremony happens on the 14th day after declaration of presidential results.
News
1 month ago

Newly elected governors likely to be sworn in next month