The project will boost trade between Kenya, Uganda and neighbouring countries 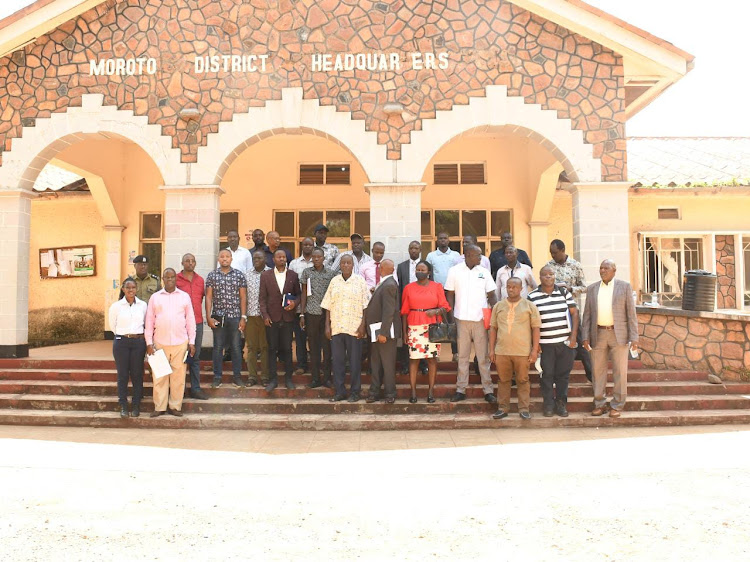 Trade between Kenya, Uganda and neighbouring countries is set to receive a major boost as teams finalise a survey for the Lokiriama – Moroto route.

The survey is on the state and economic viability of the road.

The survey followed a recommendation by the chairman of Turkana Chamber of Commerce Pius Ewaton on the need to prioritise the road connecting Lodwar to Moroto to further link up with Ethiopia and South Sudan.

Ewoton lauded the commitment and prompt action of NTTCA in conducting the survey for Moroto- Lokiriama-Lodwar road.

"Construction of Moroto-Lodwar road will play a critical role in linking the three countries, reducing the distance and cost incurred to transport people and goods,” he said.

The chairman said the road will also promote the fishing sector by facilitating easy transportation of fish from Lake Turkana to Uganda, Democratic Republic of Congo and other countries. 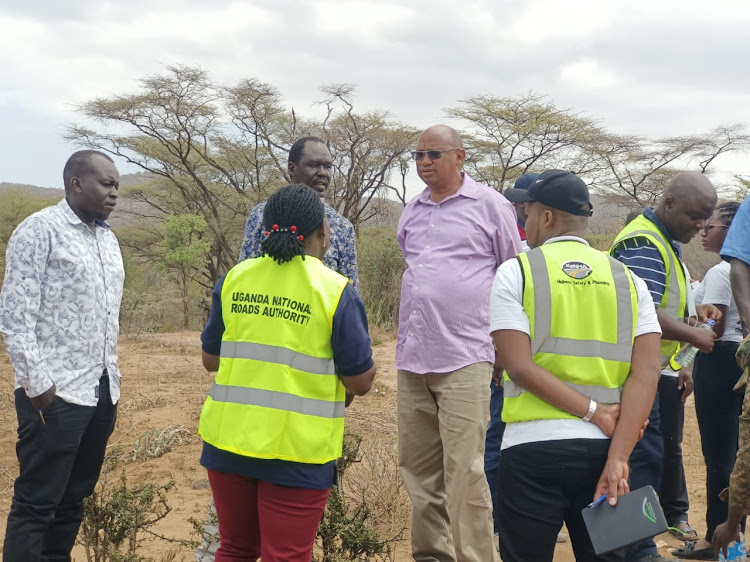 BOOSTING TRADE: The multi-agency team consisting of officers from Uganda National Roads Authority and Uganda Revenue Authority during a survey for the contraction of Lodwar -Lokiriama-Moroto route.

NCTTA deputy director of Infrastructure Management and Development John Deng said the ultimate goal of the survey is to assess the economic viability of the Moroto- Lodwar road and come up with a report that will form a basis for further actions.

"The aim of NCTTA is to promote seamless movement of people and goods. It also supports trade facilitation services including customs, to stimulate trade and spur economic development among member states,” he said.

"With the establishment of Lappset projects and the planned Turkana Resort city, construction of this road will create a better opportunity to link Uganda to the A1 road at Lodwar," he said.

Mabatsi said the Turkana Resort city will come along with many opportunities, which can be best harnessed when there is a good road in place.

"With the anticipated increase in tourists from the neighbouring countries, having a better road becomes a necessity," he said.

Turkana's acting director for Roads Simon Nakucho said the lack of a clear distinction on where the Lokiriama- Lodwar road falls, made it difficult for resource allocation from the countryside.

A resident Aribo Nangok said the poor state of the road was a challenge to many.

"The distance from Lokiriama to Moroto, where we can easily get food supplies and other commodities is just 40kms. Uganda can be the best opportunity for trade compared to the 160kms to Lodwar," he said.

Nangok said the devastating effects of drought has forced people to resort to alternative livelihoods including doing business.

“The biggest setback in doing business with our counterparts in Uganda is the poor state of this road linking Moroto to Lodwar.

"Many people have lost their lives to accidents and it has made it very difficult to sustain the cost of maintaining vehicles and motorbikes operating here due to damages from the poor roads,” he said.

The multi-agency team is working on a consolidated report that will be forwarded to key policy makers for assessment and action, based on the findings of the survey.

The incident happened in Napeitom, Turkana East, on Sunday night.
News
1 week ago

Initiative brought an MoU of a peace pact that signed by Uhuru and Museveni.
Counties
7 months ago
“WATCH: The latest videos from the Star”
by HESBORN ETYANG Correspondent, Turkana
Rift Valley
05 August 2022 - 22:00