• During interviews with voters in Eldoret, Kapabet and Iten, they said it's now their time to decide after months of noisy, gruelling campaigns and tantalising pledges.

• Youth leader in Eldoret Janet Kibet said they heard from all politicians and they were now well informed to make their choices. 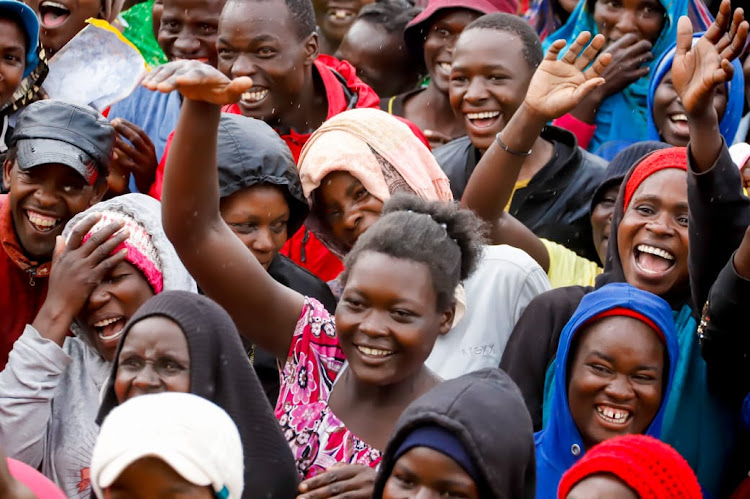 Residents of Eldoret at a campaign meeting on August 1st 2022

North Rift voters have expressed hope that the IEBC will carry out free, fair and credible elections and swiftly announce the results as soon as possible.

Voters in Eldoret, Kapsabet and Iten towns said it's now their time to decide after months of gruelling campaigns by presidential candidates and others.

The three towns are the headquarters of Uasin Gishu, Nandi and Elgeyo Marakwet counties respectively.

Youth leader in Eldoret Janet Kibet said they heard from all politicians and they were now well informed to make their choices.

“As voters, our day is around the corner and we are ready to participate in the polls and elect leaders of our choice," Kibet said.

She said voters must now make wise decisions they will be ready to live with for the next five years.

“We get the leaders we deserve and the few days left is ample time for us to reflect and elect leaders who will work for us for five years. We shouldn’t vote without reasoning well, then regretting it later,"Kibet said.

“The voters have heard about the plans and policies from our leaders and come Tuesday, the voters should turn out and cast their votes wisely," Kimengich said.

He called for peace and unity at all times.

“Elections will just be on one day and after that we should  be able to move on smoothly as a country because we have already wasted so much time during the lengthy campaigns,”Kimengich said.

Elias Kosgey, a voter in Iten said, no one who is registered should miss voting.

“Come rain or shine, we must all come out and vote because failure to do so will mean we settle for leaders whom we did not elect or want," Kosgey said.

He expressed confidence this year’s elections will be more peaceful than in 17.

“We should not be ready to die for politicians. They have been all over in our houses, eating and laughing with us. But after Tuesday, they will have no time for us because, as they always say, they will have busy schedules," Kosgey said.

He said Kenyans would still live with one another as politicians go for a high-class life fully funded by the same voters.

“Those we elect will have cars and mortgages fully paid through our taxes. Those of us down here should live with one another in peace," he said.

In Kapsabet, Samuel Kibii said he would go out to vote very early and return home to wait for results and also go on with other normal activities.

“All we pray for is peace and unity and nothing else," he said. "At the end, the winners and losers are all Kenyans."

There are fears independents pose major threat to UDA dominance in Rift Valley.
Counties
1 week ago

Deny they are being used and residents don't like being told whom to vote for.
Counties
2 weeks ago

Leaders expressed confidence that IEBC will offer free and credible elections.
Counties
1 week ago
“WATCH: The latest videos from the Star”
by BY MATHEWS NDANYI
Rift Valley
04 August 2022 - 22:00