• Tolgos has teamed up with professionals and camped in villages in campaign for Senate seat held by Murkomen for two terms.

• More than 700 professionals had a few days ago endorsed Tolgos and pledged to help him defeat Murkomen on August 9. 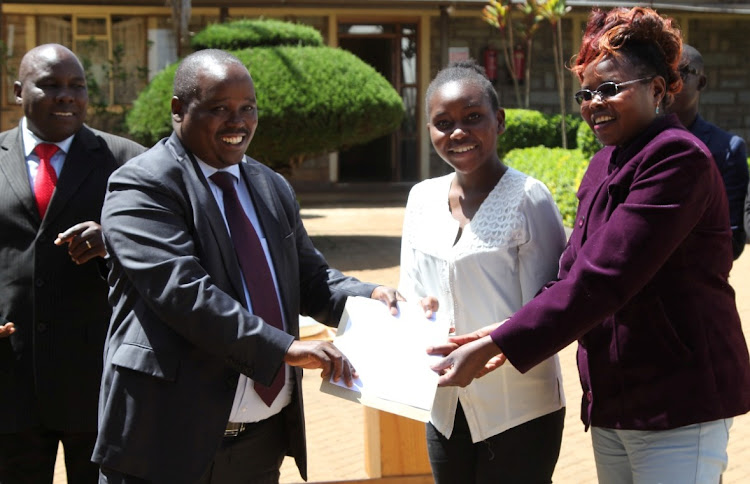 Governor Alex Tolgos has launched a massive grassroots campaign in Elgeyo Marakwet to wrest the Senate seat from Kipchumba Murkomen.

Tolgos, running on a Jubilee ticket,  teamed up with county professionals and camped in villages to campaign for the seat.

Murkomen has held it for two terms. He is a close ally of the Deputy President.

More than 700 professionals a few days ago endorsed Tolgos and pledged to help him defeat Murkomen on August 9.

Elgeyo Marakwet is perceived to be a stronghold of Deputy President William Ruto and UDA.

The endorsement of Tolgos by hundreds of professionals, however, is likely to shake up county politics.

Tolgos is completing his second term and is rated highly for having achieved swift growth in the past 10 years.

The leaders at the professionals' meeting called Tolgos a bold, fearless and visionary leaders who had transformed the county. 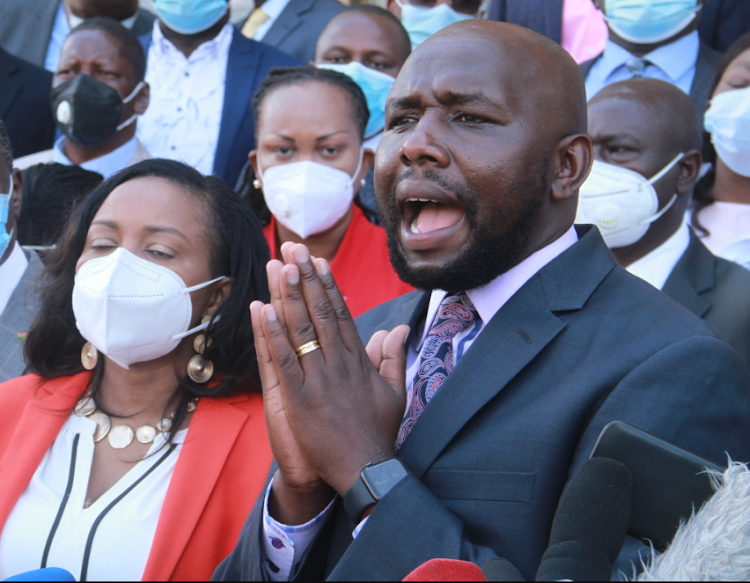 Kamar said she was not running for election on August 9 but would campaign for Azimio presidential candidate Raila Odinga and Tolgos.

“If you don’t see me around, just know I am in Elgeyo Marakwet campaigning for Tolgos to be our next senator," she said.

Tolgos has been holding more than six campaign meetings in the region daily.

Murkomen has also been holding campaign meetings where he has called Tolgos a failure in managing county affairs.

Murkomen is expected to ride on UDA party popularity in the region but Tolgos is banking on his development record to win.

Last week, Tolgos said DP William Ruto hounded him out his (Ruto’s) camp and he does not regret joining the Azimio team.

He said the DP had even gone to his county and paraded his powerful allies, including Murkomen, in an attempt to intimidate and demean him.

Tolgos linked his problems with the DP’s camp because of his (Tolgos') support of government action to suspend the Arror and Kimwarer dams. The unbuilt dam site are in Elgeyo Marakwet.

Some of Ruto's allies were linked to the scandals and will stand trial.

Tolgos said Ruto chased him out of his political camp. He cited the DP's visit to Sambirir Secondary school sometime in 2019 when Ruto paraded his powerful allies to discourage Tolgos from calling for a  probe.

President Uhuru Kenyatta cancelled the Kimwarer tender and called for scaling back the Arror dam.

"Maybe I would have been in UDA but the DP hounded me out of his camp because of my firm stand. This is why I am in Azimio la Umoja-One Kenya. I can never shy away from campaigning for Raila Odinga," Tolgos said.

He said he would never be compromised when the interests of Elgeyo Marakwet residents were at stake.

The group vowed to campaign for Raila's presidential bid.
News
1 month ago

Ruto hounded me out but I found comfort in Azimio — Tolgos