Include food agenda in your manifestos, lobby tells leaders 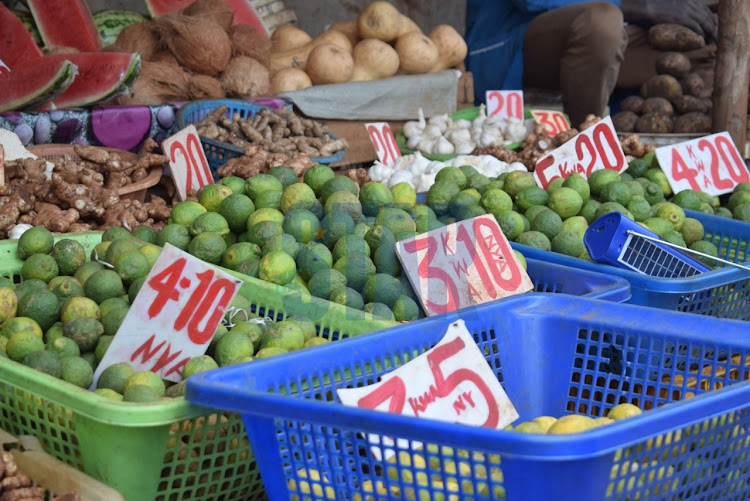 Groceries on display for sale at Kangemi market on April 7, 2022.
Image: FILE

A lobby has demanded the inclusion of food security agenda in political manifestos and policy proposals.

Speaking during the launch of a policy proposal document dubbed 'Food Manifesto', the Right to Food Coalition, a group that brings together 12 civil society organisations, said the food sector has been neglected since independence.

The coalition called on Kenyans to demand that political leaders vying for the presidency prioritise food security as a matter of urgency.

The calls follow a recent report released by the National Drought Management Authority which indicates that more than 4.1 million Kenyans are at risk of starvation.

The 'Food Manifesto' presents insights gathered from various stakeholders on the status and solutions to addressing food insecurity and nutrition.

It also advances the achievement of Kenya's right to adequate food for all and demystifying common myths and misconceptions about hunger in Kenya.

Welthungerhilfe country director Kelvin Shingles said the fight against hunger is dangerously off track and the ambition and commitment to zero hunger by 2030 seems beyond reach as climate change has become a threat multiplier.

Agroecology programme coordinator at Route to Food Initiative, Emmanuel Atamba said that food and nutrition security has remained a challenge over the years.

He added that Kenya's food and nutrition security should be at par with its other development efforts, such as infrastructure and security.

The document developed by the coalition has been shared with all political parties in the country. It also recommends nine-point priorities to the government and political leaders to address food insecurity.

The coalition said the next government should particularly revamp agriculture extension services and increase coverage in social safety nets for vulnerable households.

Inter-Sectoral Forum for Agroecology and Agrobiodiversity coordinator Dr Martin Oulu stressed that there was a need to transform the country’s food systems.

“The food manifesto brings to the political table issues that need to be addressed in order to achieve the food transformation and system that we want,” Dr Oulu said.

He poked holes into the country’s agriculture budgetary allocation, which currently stands at less than 5 per cent, both at the national and county levels.

In the 2022-23 budget, the National Assembly allocated a paltry 1.39 per cent of the total budget to agriculture sector.

This is contrary to the Maputo declaration of 2003 and the CAADP aim for member states to increase their annual national budgetary allocations for agriculture to at least 10 per cent and to ensure growth of the agricultural output of at least 6 per cent annually.

The National Treasury set aside Sh46 billion in the 2022-23 budget, a cutback from the previous financial year’s Sh60 billion for agriculture despite the sector contributing 25 per cent of Kenya's Gross domestic product.

This raised concern considering that 70 per cent of Kenya’s population relies on the sector for survival.

“How we value agriculture as a country is key in the realisation of the right to food. We need to treat food security allocation the same way we treat security issues,” Dr Oulu added.

He further proposed the need to digitise extension services across the country to fill the knowledge gap that farmers need to improve and increase food production.

Rural Outreach Africa programme officer Mary Karanu said there is need to support smallholder farmers who are the major food producers in the country at 70 per cent.

“The 10 per cent allocation we are proposing to the forthcoming government on agriculture budget should be directed towards supporting smallholder farmers and extension services across the country,” she said.

Dr Elizabeth Kimani-Murage, a senior research scientist and lead, nutrition and food systems unit at African Population and Health Research Centre said that non-communicable diseases related to food have been on the rise.

“We need to embrace food sovereignty. A paradigm shift to recognise food as a human right, a common good and a public good, accessible to all Kenyans," she said.

"Every household and community can be supported to produce their own food. We need to create tangible solutions to solve the problem of hunger and actualise the right to food.”

Countries aim to share experiences and knowledge on products and tools of social protection.
News
7 months ago

The programme is expected to benefit 2.3 million people in the region.
Business
7 months ago

Maize flour prices to remain high due to scarcity – expert