• No amount of energy from the moderators could stop Lenku from lambasting Nkedianye until they were forced to switch off his microphone. 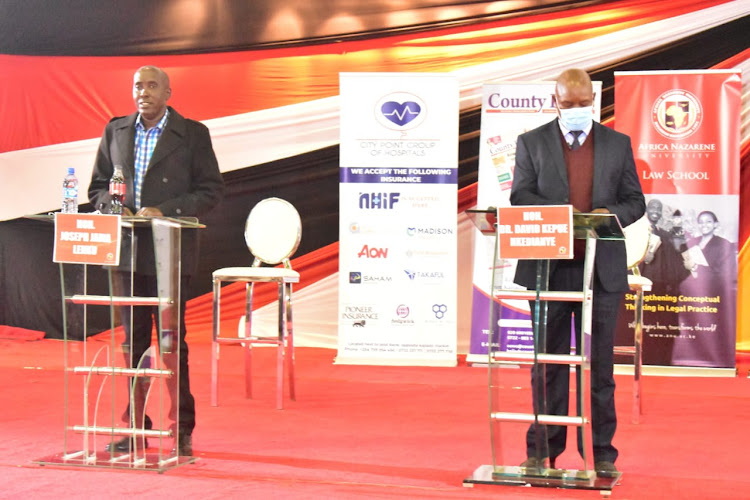 Governor Joseph Lenku threw a gubernatorial debate into a spin when he claimed his political competitors use snakes and charms from sorcerers in efforts to get elected.

“They use snakes given to them by sorcerers and this is a true story. They are the same people calling my voters snakes,” claimed Lenku despite protests from Nkedianye and members of the public who were at the African Nazarene University auditorium.

No amount of energy from the moderators could stop Lenku from lambasting Nkedianye until they were forced to switch off his microphone.

The governor went into an uncontrolled frenzy after Nkedianye demanded that Lenku clears the air on his repeated threats that if he does not win the coming election, blood will be spilled.

The former governor told moderators of the debate he had full evidence of when Lenku uttered the spilling of blood remarks and the number of times he has called non-Maasai snakes.

“You are the snakes I was talking about. In Maasai, we strongly believe sorcerers and witch doctors are using snakes. So, by you turning against me and claiming that I called my people snakes, you are embarrassing me,” Lenku said. 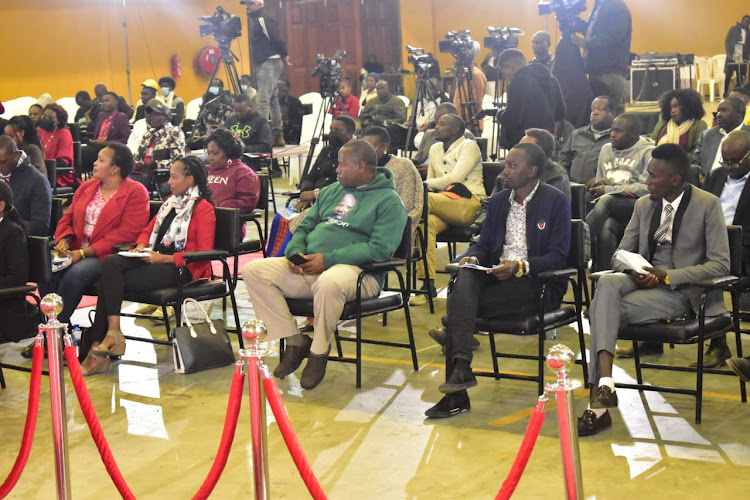 On Monday, June 19, Lenku went to the Mayian FM radio station and publicly claimed non-Maasai's working with Nkedianye and Metito to deny him a win in the August 9 general elections are snakes, and that he had no regret about his statement.

Lenku had earlier on claimed that Nkedianye and Katoo ole Metito were selling the political birthright of the Maasai people by picking running mates from the Kikuyu community.

Before the claims of snakes ruled the airwaves on the national televisions, Lenku (ODM), Nkedianye (Jubilee) and Ambrose Ng’ang’a (Independent) had dealt with burning issues that affect the people of Kajiado.

They debated how the county could create wealth, restock livestock after drought, the building of roads, provision of water, and the pressing issue of human/wildlife conflict.

Ng’ang’a accused governor Lenku of only employing people from his clan.

He claimed that the county government is currently spending more than 35 per cent of the total yearly allocation on salaries and channeling little to development.

In response, Lenku claimed he is allowed to spend on salaries so long as it has not surpassed the 1 billion limit.

Nkedianye said if elected, he will ensure that drugs and all types of medicine are supplied to all county hospitals.

“From 2019, county hospitals have become shells and are of no use to the people of Kajiado because there are no drugs, doctors and nurses are not motivated,” claimed Nkedianye.

Lenku accused unnamed politicians of stopping him from building public universities in Kajiado.

“Siasa mbaya, Maisha mbaya (bad politics brings forth bad life). We made all that was possible to have a public university in this county but they came and blocked it.” 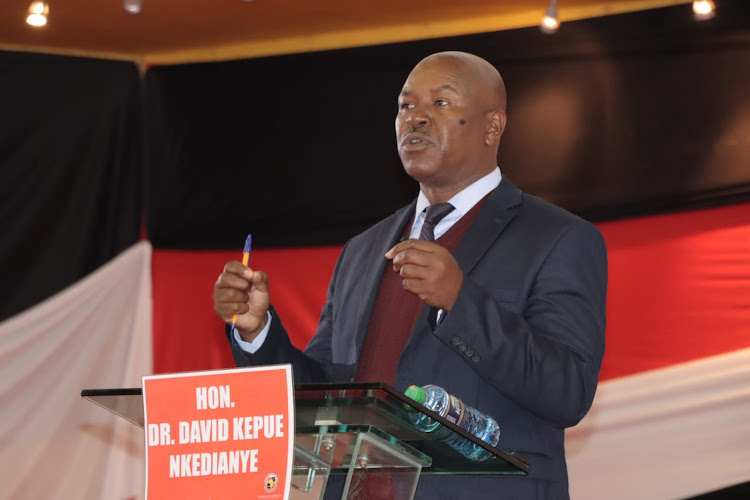 Nkedianye told Lenku that counties have no business in forging public universities because it is the concern of the national government.

“My friend here is clueless about what is required. He went and built a gate worth Sh20 million on land in Kajiado town set aside for a college. That money went to waste, there is a process to be followed,” Nkedianye said .

On the provision of water in the county, Lenku said when he took over in 2017, the distribution of water was at 35 per cent but he has now improved it to 45 per cent.

Ng’ang’a claimed that corruption has continued to dock the Lenku regime and cited the Oloolaiser Water Company that he claimed collects money from consumers and does not pay electricity bills to KPLC.

“Where does that money go? At the end of it, we have no water and our people have paid bills,” Ng’ang’a wondered.

Nkedianye said if elected, he will work closely with the national government to improve road networks in the region.

He claimed that before he left office in 2017, all the towns of Kajiado were enjoying security flashlights, but have now been forgotten by the county because of failing to pay power bills.

The Kajiado South MP did not attend the debate despite being invited.

MP Tobiko undecided on who to back for Kajiado governor

MP Tobiko went mute after she was defeated in the UDA party nominations in April.
Counties
2 months ago
WATCH: The latest videos from the Star
by KURGAT MARINDANY Correspondent
Rift Valley
26 June 2022 - 11:54
Read The E-Paper