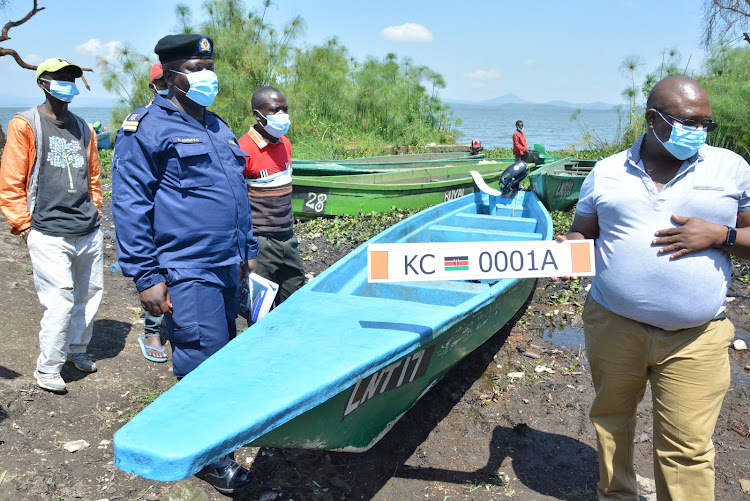 As a result, security officers from the Kenya Coast Guard Service  have been forced to rely on beach management units to fuel their boats.

The fish catch has risen by more than 30 per cent since security officers resumed operations two months ago.

They had been seizing illegal fishermen, their boats and small-mesh nets that catch immature fish. They also retrieve tons of abandoned 'dead' nets.

Lake has about 300 fishermen.

The Star has learnt the Coast Guard was getting 900 litres of diesel every week but the amount has been reduced to 300 litres.

The reduction has limited their operations around the lake.

“Currently, the Coast Guards has had to reduced their patrols around the lake due to lack of fuel and we fear illegal fishermen could return," a source said.

Lake Naivasha Network group secretary Grace Nyambura confirmed the problem, saying her group and others have been forced to chip in and buy fuel.

She said all members of the beach management units had committed funds to buy fuel for the patrols.

“We have our own that we use for patrols and we fully support the Coast Guard who have managed to keep off the illegal fishermen,” she said on Tuesday.

Nyambura said the fish catch has increased due to concerted efforts by concerned parties concerned about foot fishermen and undersized nets.

“This lake has many challenges, including overfishing, failure to restock, pollution and a rise in the number of minors involved in fishing,” she said during a meeting.

He said the state was keen to change the narrative around the lake by making it more habitable and resource rich.

“We expect the fish catch from this lake to rise once we free it from the tonnes of dead nets that have been choking it for months,” he said.

Hellsgate MCA Virginia Wamaitha said the lake was critical to the region's economy as it employs many youths and traders.

“This is our farm," she said, "and we are ready to protect it by removing the abandoned nets so the yield can increase in the coming days."

Over 50 tonnes of abandoned nets recovered in Lake Naivasha

Many youths leave school to cast their nets; they access lake on raft of jerry cans
Counties
2 weeks ago

Homa Bay has been experiencing a shortage despite having about 60 per cent of Lake Victoria.
Counties
3 weeks ago
“WATCH: The latest videos from the Star”
by GEORGE MURAGE CORRESPONDENT
Rift Valley
21 June 2022 - 22:00