Curtains came down on Monday on what has been a 10-day marathon hearing of the 262 complaints by various parties.

•Among those who have vowed to move to the High court are presidential candidate Mwangi wa Iria and Kiambu senatorial aspirant Karungo Thangwa. 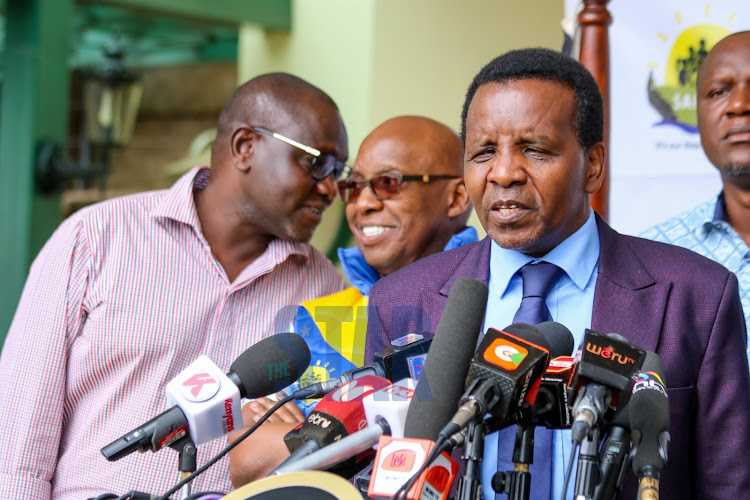 Independent electoral and boundaries commission (IEBC) Disputes Tribunal on Monday concluded its electoral registration disputes paving way for the gazettement of candidates to participate in the August 9 poll.

According to the commission, a total of 262 complaints arising from the clearance of candidates had been lodged by various parties.

The disputes committee which started its sessions on June 11 has been working under strict timelines to finalize the hearings and determination of all petitions even as it races with time to prepare for the election.

While it was a reprieve for some politicians who included Muranga senator Irungu Kang’ata, Nairobi's Johnson Sakaja, Wavinya Ndeti and Polycarp Igathe, others had their hopes dashed and have now vowed to move to the High court in seeking justice.

Those whose fates were sealed on a day the curtains came down of what has been a 10-day marathon hearing of the disputes are presidential candidates Ekuru Aukot and Ruben Kigame.

In giving the ruling, the panel said the law cannot be bent to favour or suit the physical challenges of an individual but can only be applied equally.

Kigame had alleged that he was discriminated against by the commission despite his challenges.

The Tribunal had three panels each made up of six commissioners from the agency and chaired by advocates Wambua Kilonzo, George Murugu and Titus Tiego.

Among those who have vowed to move to the High court are presidential candidate Mwangi wa Iria and Kiambu senatorial aspirant Karungo Thangwa.

A complaint filed by Wa Iria on May 30 challenging the decision by the commission to lock him out of the race failed to proceed on Monday.

Through his lawyer Mbugua Karugu, the aspirant informed the panel that there was a pending case at the High court over the matter.

"Your honour we do not wish to have this matter heard in the tribunal in that case we are going to move to a higher court,” Karugu told the committee.

The matter is before Justice Anthony Mrima. He argues that the committee does not have the authority to handle the case. It will be heard on Tuesday.

“We are marking this matter as closed as per the request by the complainant that it be heard at a higher court…we wish you well and the complainant as well,” Kilonzo who chaired the panel ruled.

Speaking outside the courtroom, Karugu said the panel failed to hear their petition within the 10-day period since they filed it and “also objected to our plea verbally insisting all matters are to be heard before the tribunal.”

Thangwa on his part claimed the committee gave a dishonest ruling noting he was also moving to the high court to challenge.

“Tukutane High court (Let us meet at the High court)… We are not letting go, we are here to stay,” he wrote.

Safina party’s Jimmy Wanjigi who was also eyeing the presidential seat echoed a similar sentiment saying he made the application at the tribunal as it was a requirement by the law.

"We came to this committee thinking we are going to get justice but it is clear it has decided to go the Chebukati way in misinterpretation of the law," Wanjigi's lawyer Willis Otieno said.

He said they are assured of getting justice at the court.

Relief for Sakaja as IEBC tribunal clears him

The panel says it does not have jurisdiction to investigate his degree.
Counties
1 week ago