Companies depending on plastic asked to seek alternatives 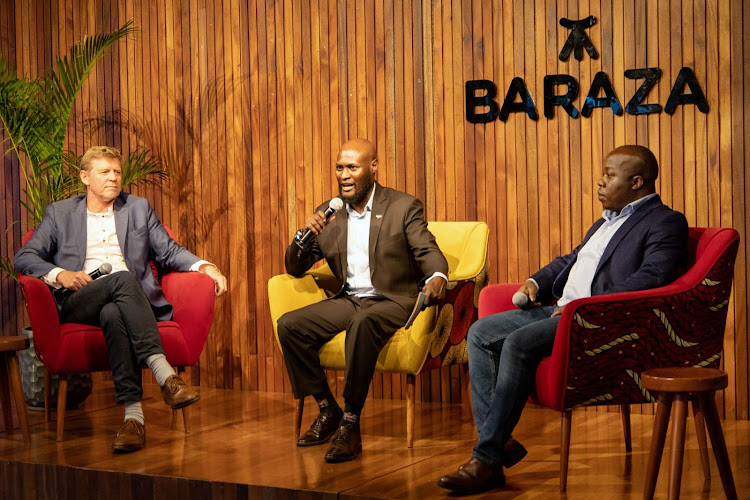 Companies that depend on plastic have been urged to consider alternatives in readiness for a plastic treaty in 2024.

A Senior Advisor on Just Energy Transition at Power Shift Africa, Amos Wemanya called for quick actions as there were only two years for the resolution to be tabled.

In February this year, Heads of State, Ministers of environment and other representatives from United Nations Member States endorsed a resolution at the UN Environment Assembly (UNEA-5) to End Plastic Pollution.

During the UNEA-5 which was held in Nairobi, the member states agreed to forge an international legally binding agreement by 2024 which addresses the lifecycle of plastic including production, design and disposal.

Speaking during a dialogue on unpacking the end plastic pollution resolution, Wemanya said Kenya has an opportunity to demonstrate leadership by going a further step and ridding the country of single-use plastic such as polyethene terephthalates (PETs).

The dialogue is part of a campaign by Heinrich Böll Stiftung (HBS) aimed at ending plastic pollution in the country.

Stakeholders in environment conservations have also called on the government to put up stringent measures to end the menace.

He stated that  Kenya lacked the infrastructure to manage both bio-degradable and non-degradable waste adding that there was a need to protect developing countries through the global regulatory framework to ensure no plastic waste is dumped in the country.

HBS Nairobi Office Director, Joachim Paul noted plastic pollution is a problem which needed concerted efforts from all the stakeholders to find a lasting solution.

“Plastic production and pollution require concerted efforts from everyone because the impact of this crisis is putting pressure on the planet,” he said.

Paul said plastic pollution was also linked to climate change and food crises being experienced in many parts of the world.

Plastic debris is the most abundant type of litter in the ocean, accounting for 80% of all marine debris discovered from surface waters to deep-sea sediments.

It is estimated that 2,400 tons of solid waste are generated every day in Nairobi, 20% of that being in a plastic form which is mostly single-use plastic such as straws, bottles and packaged consumer goods.

HBS Programme Coordinator, Sustainable Development, Fredrick Njau warned against the country being used as a dumping ground for plastic waste by developed nations through trade agreements.

“An estimated 400 million tonnes of plastic are produced annually and only less than 10 percent is recycled,” he said.

Njau observed that plastics take over 400 years to degrade which is dangerous to the environment, humans and animals.

"We can assure you this is a temporary situation," said the company
News
1 week ago
WATCH: The latest videos from the Star
by LOISE MACHARIA
Rift Valley
16 June 2022 - 22:57