Bahati MP, Kimani Ngunjiri and his team clashed with the campaign team of his main opponent, Irene Njoki

• Speaking after recording statement at Bahati Police Station, the lorry driver Simon Karanja claimed the MP started beating him up when he refused to shut down the announcement.

• Bahati Jubilee Party Parliamentary candidate, Irene Njoki condemned the incident and asked Ngunjiri to direct his anger to her instead of targeting her employees. 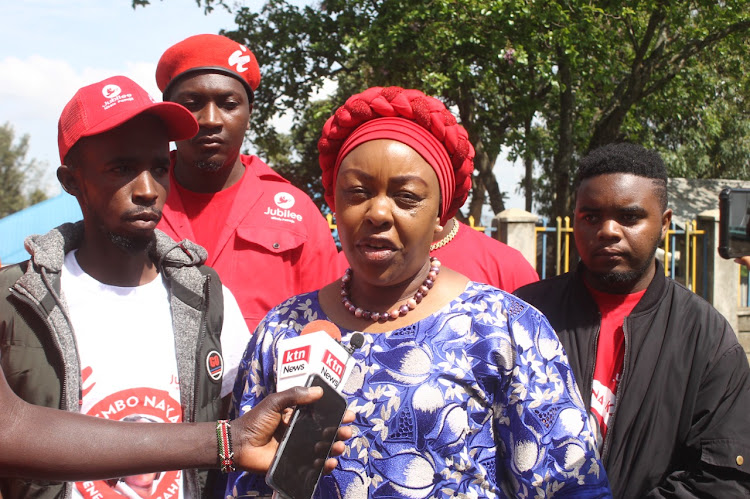 Police in Bahati are investigating an assault allegation against area MP, Kimani Ngunjiri and his supporters.

Ngunjiri is said to have led his supporters in beating up two workers of Bahati Jubilee Party candidate Irene Njoki as they were cleaning an ad-truck at Ahero Trading centre along the Nakuru Subukia road.

The workers were cleaning the advert-truck after a day-long campaign trail with Azimio la Umoja One Kenya Alliance presidential running mate Martha Karua on Friday, while at the same time publicising Saturday' itinerary of her visit when Ngunjiri and team accosted them.

Speaking after recording statement at Bahati Police Station, the lorry driver Simon Karanja claimed the MP started beating him up when he refused to shut down the announcement.

“The MP came to me insisted that I have to stop the announcement that Martha Karua will be making several stops in Bahati but I could not stop because I had been hired to do so. It was at this point that he started punching me,” the driver said.

Karanja said Ngunjiri’s employees attempted to snatch away the phone which his colleagues were using to record the incident.

Videos and pictures of the incident were captured as Ngunjiri and his people, some who are part of his National Government Constituency Development Fund team approached the opponent’s lorry.

Bahati Sub County Police commander Samson Andanje said the matter had been reported and was being investigated.

“The two young men have had their statements recorded and have been issued with P3 forms to be filled out by medics for evidence,” he said. 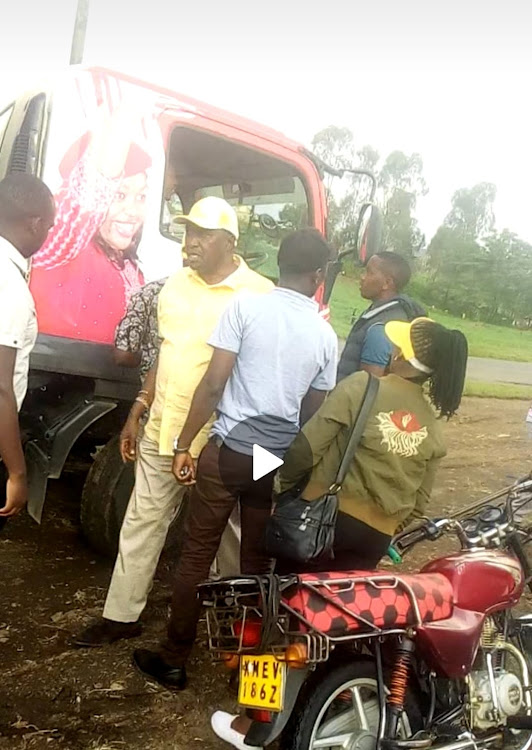 VIOLENCE Bahati MP, Kimani Ngunjiri walks away from an ad-truck belonging to his opponent, Irene Njoki's campaign team. He is accused of assaulting the driver
Image: COURTESY

Andaje promised that the culprits would be brought to book once the truth was established, adding that police would not tolerate election violence.

Njoki condemned the incident and asked Ngunjiri to direct his anger to her instead of targeting her employees.

“Your tactics are known, you did this with the interest of having the police to arrest you and gain public sympathy but that will not happen because it is in the open that you always result to violence whenever you are defeated,” she said.

She added that Ngunjiri and his team could even be charged with violent robbery because they attempted to snatch phones from her employees.

Mututho who went to the police station in solidarity with Njoki’s team said the Independent Electoral and Boundaries Commission should also take note of the incident because it was an electoral offence.

Ruto denounced for disparaging remarks against President during UDA conference.
Counties
3 months ago

MP Ngunjirisays all parties, leaders in Mt Kenya will be welcome in Kenya Kwanza.
Elections 2022
3 months ago
WATCH: The latest videos from the Star
by LOISE MACHARIA
Rift Valley
28 May 2022 - 18:36