Governor says DP's proposal will hurt Nakuru, Mt Kenya economy and must not be allowed 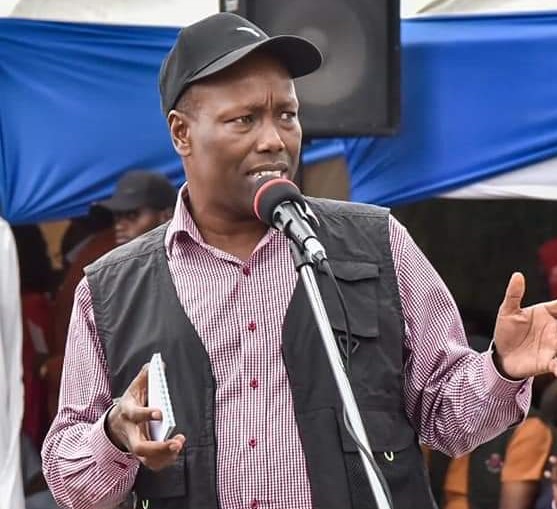 Nakuru Governor Lee Kinyanjui has criticised DP William Ruto’s announcement that he will reverse some operations of the standard gauge railway and ensure it benefits the Coast.

Ruto said he would reverse the legal and administrative changes over the use of the standard gauge railway that hurts the Coast economically if he wins the presidential election in August.

The DP on April 10 said he would return major operations that had been shifted to inland container depots in Nairobi and Naivasha back to the Coast.

Speaking on a local TV station on Wednesday night, Kinyanjui said the move is ill-informed and one intended to hurt the people of Nakuru, especially around the Naivasha Inland Container Depot.

This reversal, Ruto said, was to end the economic deprivation facing coastal communities.

What would happen to the ICDs was not clear. Would they be white elephants? Might another use be devised? Some road-rail cargo split be agreed upon?

When the SGR was not making enough money by hauling cargo, the administration of President Uhuru Kenyatta ordered that most freight be taken directly from Mombasa on the SGR for clearance and other processing inland.

Coast clearing agents, cargo handlers, truckers and others were furious and said they were being impoverished.

“It was never our intention to build the SGR so Coastal people would be impoverished. The SGR was meant to make ports much more efficient and to improve the business and the fortunes of the coastal people,” Ruto said at his Karen official residence.

“We will take both administrative and legal steps to reverse what has become the biggest impoverishment of the people of the Coast.”

The Nakuru governor, however, said Mt Kenya needs a leader who will make sure such a thing never happens when the president leaves office.

“That people that live in Naivasha and Mai Mahiu are Kenyans and you cannot deprive them of that right. The person who cannot permit something like this to be said is the one we want and the one we will vote for,” Kinyanjui said.

He added, “Since the SGR came, Mai Mahiu has been one of the fastest-growing areas in Nakuru, so when we hear  there are people who would bring policy to reverse that and deny our young people employment, we need to be very alert.”

The construction of Naivasha industrial park is a project that has been touted to open up Nakuru county as a commercial hub in the East Africa region.

The extension of the Standard Gauge Railway is seen as a catalyst that would attract more investors to establish key investment within the economic zone.

Kinyanjui also waded in on the deputy president slot in the Azimio-One Kenya coalition that interviewed him in search of Raila's running mate.

He said the Mt Kenya region with more than seven million votes cannot be ignored and must be given the running mate slot in the coalition to continue Uhuru's legacy.

“We had people in the past chest-thumping, saying if they are not given the running mate slot then they will not win. Mt Kenya votes cannot be taken lightly, we have more than seven million voters in the region, whereas others have fewer than two million. We we must get that seat,” he said.

Why state is pushing cargo hauling from roads to rail

Clearing, moving cargo from Mombasa to Malaba will only take 28 hours
News
3 months ago

How to revive Coast economy as SGR eats into trucking business

It has huge potential in tourism, agriculture, fishing and mining
Sasa
2 years ago
“WATCH: The latest videos from the Star”
by James Munyua
Rift Valley
12 May 2022 - 22:00