• Bitok has not accepted the results of the primaries but says he has moved on and will  focus on campaigning for DP William Ruto to win the presidency.

•He thanked all residents of Uasin Gishu who voted for him and promised to continue implementing his campaign manifesto through his Ambassador Bitok Foundation. 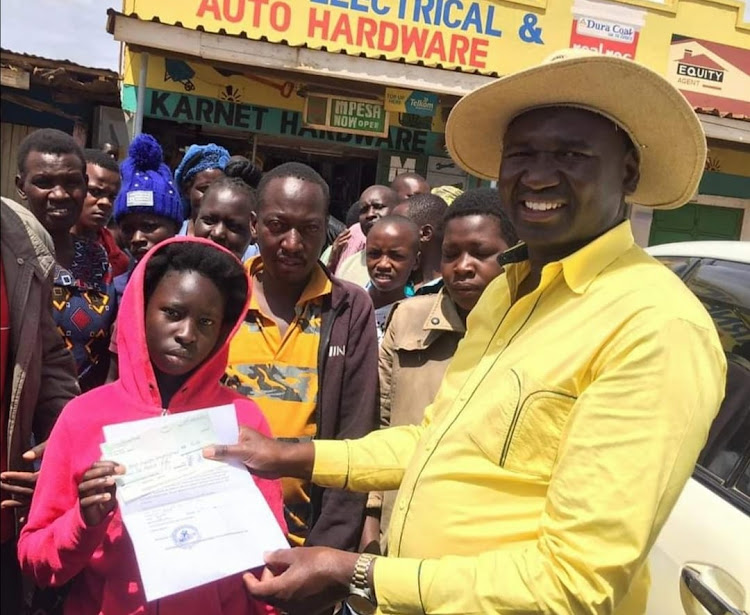 Former envoy to Pakistan Professor Julius Bitok says he is not bitter after losing in the UDA primaries for the Uasin Gishu governor, which he said were not free or fair.

Bitok, who has not accepted the results of the primaries, said he has  moved on and will campaigning for DP William Ruto to win the presidency.

He thanked all residents of Uasin Gishu who voted for him during the primaries. He promised to continue implementing his campaign manifesto through his Ambassador Bitok Foundation.

“My six point-agenda focusing on education, infrastructure, healthcare, job creation and trade will continue as we had planned and to residents of Uasin Gishu I promise our vision will not die," he said.

Bitok said he was grateful to his campaign team and voters who dedicated their time and resources to support him.

During the primaries the former envoy lost to politician Jonathan Bii, popularly known as Koti Moja. Bii polled more than 71,000 votes while Bitok was second with 51,000.

It was the second time Bitok lost in the governor primaries. He has previously lost to Governor Jackson Mandago and was later appointed to serve in Pakistan for nine years before running again this year.

Throughout the period, Bitok has been running the foundation through which he has been supporting bright and needy students to pursue education. After losing in the recent primaries, the former ambassador has already paid out fees to support more than 20 needy children.

“My call to serve the people of Uasin Gishu remains the same and I will focus on that along with campaigns to ensure that DP Ruto wins,'" Bitok said.

Winners and losers in the UDA primaries in counties in North Rift region will hold joint meetings to iron out their differences and agree on how to campaign for Ruto and the Kenya Kwanza team.

Mandago said on Monday they plan to help heal the bitterness arising from the primaries so that all leaders in the region can focus on the August 9 polls to ensure Kenya Kwanza wins.

“We need to focus on the win so that we together form the next government at all levels and ensure that all Kenyans will benefit," Mandago said.

He said it was understandable that those who lost in the UDA primaries harboured bitter feelings but advised them to take heart from experiences by some of the winners like Jonathan Bii who had vied for elections in the last 20 years without success.

He says he has evidence he won in 5 of the 6 constituencies but figures were altered.
News
1 month ago

Ex-CS Charles Keter poised to lose to university don Eric Mutai
News
1 month ago
“WATCH: The latest videos from the Star”
by BY MATHEWS NDANYI
Rift Valley
12 May 2022 - 22:00