Politicians use social media to turn wananchi against state — official 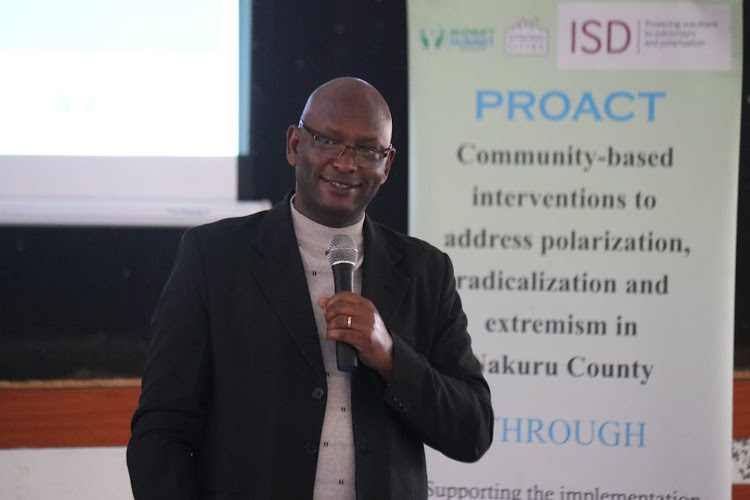 Politicians are using social media to radicalise Kenyans and set them against the government, Nakuru county commissioner Erastus Mbui has warned.

Mbui said the politicians were spreading misinformation and falsehoods aimed at causing a revolution against the government.

He cited the viral issue on fuel prices whereby some politicians were blaming the government for the high costs, yet they knew that the commodity was cheapest in Kenya compared to the other East African countries

“The correct information is only a click away, go to the internet and search fuel prices of the other nations and compare it to Kenya, the commodity is cheaper here because of government subsidies,” he said.

Mbui added that it was a similar situation in food prices but the citizenry was being pushed to join campaigns such as 'lower food prices' without considering the cost of production.

He was speaking at a meeting organised by the Mid Rift Human Rights Network to review progress in implementing the Nakuru Action Plan on Preventing and Countering Violent Extremism.

He said concerted action was necessary to fight radicalisation among the youth.

Mbui said it was ironic that it is the youths’ creativity that is being used to create fake news through short videos which spread quickly hoodwink the public.

“This is a plea to the public not to believe the videos and audios being shared on the internet before ascertaining their authenticity,” the administrator said.

The government gave a directive that every county gets individual action plans to deal with violent extremism because they have different dynamics.

The meeting was also meant to review the county readiness in dealing with challenges that come with the electioneering period such as chaos and intimidations of voters.

Mbui said to ensure peace during this period, the government was collaborating with civil society groups, religious groups, right groups and others creating awareness of the need for mature politics and tolerance.

Mid Rift, is seeking community-based interventions to address polarisation, radicalisation and violent extremism in Nakuru through civic education to discourage youths who are mostly used by politicians to cause chaos.

“There are criminal gangs in Nakuru such as ‘confirm’ and ‘wa-TZ’ that are mostly used by politicians during electioneering period to intimidate opponents and their supporters,” Mbui said.

He added that besides the existing groups, illegal groupings mushroom around general elections. The county security team in collaboration with civil society groups and community organisations are collaborating to ensure more gangs do not emerge.

“Residents have also been encouraged cooperate with the security organs and the local administration in fighting crime by sharing information through toll free mobile numbers,” he said.

On countering violent extremism, he said although Nakuru had never suffered any terror attack, it was alert because terrorism had become a global phenomenon.

Move aimed at preventing terrorism and radicalisation.
Counties
1 year ago

Many youth recruited into terror groups later deployed to carry out attacks.
Counties
2 years ago

Parts of Rift Valley, Western and Marsabit have emerged as areas with increased potential for radicalisation and recruitment
News
4 months ago

The session brought together 25 media practitioners from Laikipia and several online influencers.
Counties
9 months ago
“WATCH: The latest videos from the Star”
by LOISE MACHARIA
Rift Valley
09 May 2022 - 22:00