• They live in a mud and thatch hut and worked on farms to raise school fees. One scored an A- and the other a B+ in the KCSE exams.

• The two are set to join university where they hope to study medicine, then come back and help their village. 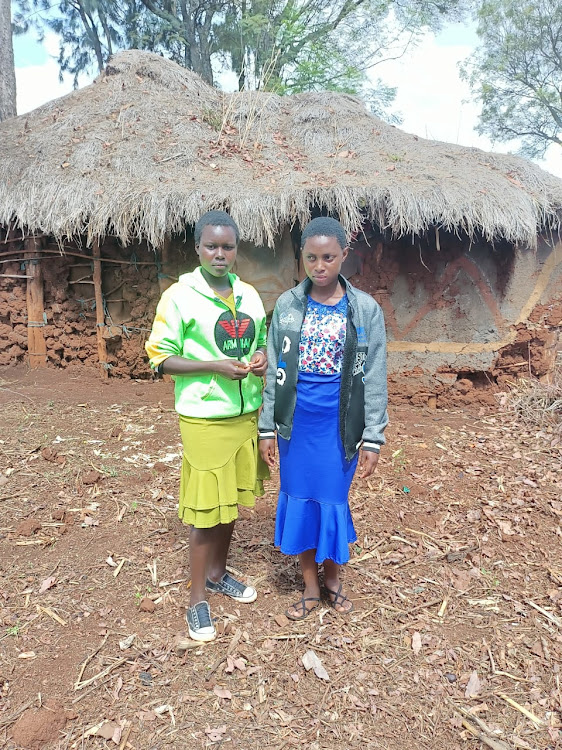 Kambi Mlima, a squatters village on the Uganda border, burst into jubilation when two girls scored marks enabling them to join university.

Stella Namarome scored A- and Rachael Chelagat scored B+ in the KCSE examinations.

And they never got pregnant.

We worked on farms to help raise school fees since we come from the poor of the poorest on earth. Our foster parents were unable to put a single meal on the table

They live in  a mud and thatch house in the Suam-Uganda area and are the stars of the village. They live with their stepfather who cannot put food on the table.

Overjoyed, they said they want to study medicine, or public health, subjects that will help them take care of poor children and their families in their village.

They would love to join top universities, they told the Star in an interview.

"We used to work on farms to help raise school fees since we come from the poor of the poorest families on earth. Our foster parents were unable to put even a single meal on the table," Chelegat said.

They didn't have adequate learning materials. Even getting textbooks, revision papers, writing material as well as calculators was a challenge.

"The money we raised was only for school fees," Namarome told the Star.

Michael Chirchir, the girls’ foster father, said they managed to beat all odds in the area with a high rate of teen pregnancy and school dropouts.

"Many of us who are squatters have no option but to enrol children to work on Agricultural Development Corporation (ADC) farms to increase family finances," he said.

The girls and foster parents thanked the school administration for allowing them to study when they could not raise fees.

Their former deputy principal Samwel Luchu congratulated them. He asked the government to increase aid to the area because blighted areas too have bright students who deserving of an education.

“The two girls were very disciplined and were always in the top five. They beat all odds to excel. I'm humbled by their excellent performance," he told the Star.

It isn't easy for a student, especially a girl child, to pay her own fees by working on ADC farms, which can be very dangerous, he said.

Their neighbour Collins Owino congratulated them, saying the girls had not allowed poverty to come between them and their KCSE exams.

Dafano and Agunga, who are both 17 years old, scored A plain and A-minus respectively.
Counties
3 months ago

She emerged the best in the South Rift with a mean grade of 87.67 points.
News - Page 8
3 months ago

Refugee boy tops Northeastern with A- in KCSE

Says he wants to become a doctor to assist people back home in Somalia.
Counties
3 months ago
“WATCH: The latest videos from the Star”
by DAVID MUSUNDI
Rift Valley
27 April 2022 - 22:00