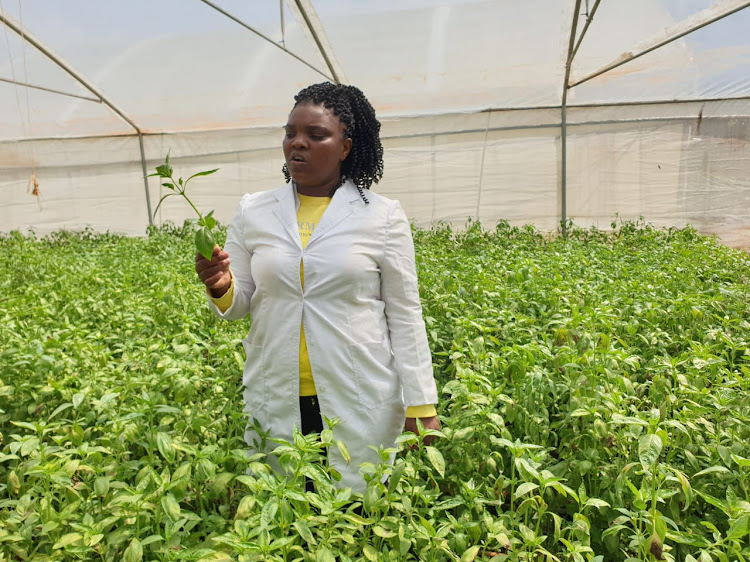 HERBS AND SPICES Agronomist, Ruth Munyoro in a green house where basil for export is being grown. She helps small scale farmers with logistics to enable them aggregate and export herbs and spices
Image: LOISE MACHARIA

To many small-scale farmers, exporting their produce sounds like a farfetched dream or a preserve for the rich who can grow different types of crops in tons.

Many imagine that the logistics required to export the crop are way above their means.

Getting sufficient cash to install crucial machines such as coolers in their small farms and hiring a refrigerated vehicle to ferry their produce to the airport is among many reasons some shun export produce.

For more than 40 smallholder herb and spice growers in two settlement schemes of Rongai, Subukia, Njoro, Molo, Gilgil and Bahati Sub-Counties, that is not the case for them.

The group has seemingly dared to punch above their weight.

They have come together under the leadership of an exporter, Ruth Munyoro, to aggregate their produce in two packhouses and pull resources to export it.

“With land having been highly segmented due to rising populations, the communities were happy to realise that a person with as little as a quarter of an acre can produce for export and make economic sense of their agribusinesses,” Munyoro says.

Produce aggregated from Matuiku and Boror in Settlement Schemes in Elburgon and Rongai respectively is collected, packed and ferried to the Jomo Kenyatta International Airport for export to Europe, Australia, America and Asia.

“The 16 farmers in Elburgon and Rongai are combined due to their proximity to each other, there are two packhouses which serve as collection points for them and this eases storage and package costs for them,” says Munyoro.

She says the same logistical issues apply to farmers in other sub-counties in Nakuru who have also been trained on herbs and spice farming, proper use of environment-friendly, non-toxic agrochemicals and good harvesting technology. 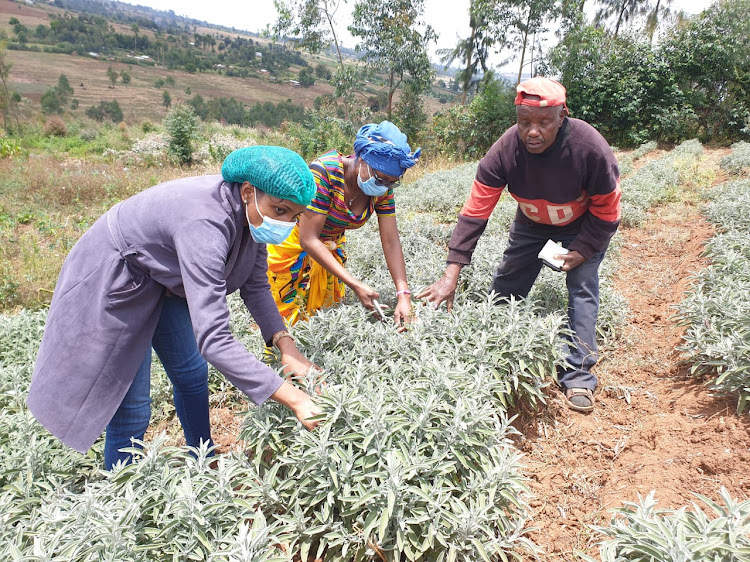 HERBS AND SPICES Irene Wughanga, a herbs processor and nutritionist (in the foreground) inspects sage crop at a farm in Njoro.
Image: LOISE MACHARIA

Munyoro says to ensure minimal use of chemicals on the farm, the farmers have been trained on alternative ways of pest and disease control such as using insect trappers and intercropping through Integrated Pest Management.

She adds that there are concerns about exported produce which include high levels of pesticide residues beyond set legal limits, poor hygiene and harmful organisms on produce which farmers have to avoid lest their goods are rejected.

“It is time-consuming and expensive for each farmer to get the Global GAP certification, I have taken the risk of allowing them to use my certificate and I have to intricately train them and religiously assign agronomists to their farms to ensure that they adhere to the rules,” she says.

Munyoro says that she has a team that harvests the produce for the members’ farm to ensure that proper technologies are applied when handling the ready produce which is in most cases very delicate and highly perishable.

“To ensure that the farmers harvest on the same days, Munyoro through fellow agronomists assigned to the farmers advises on seasons and the appropriate times to plant so that they can properly plant the harvest intervals,” she said.

She adds that the farmers have to harvest and package together to make it easy for collection and transportation.

She notes that local consumption of herbs and spices is low and advises communities to consume them for their nutritional and medicinal value.

“Most of these herbs which are grown here for export come back to the market as pharmaceutical drugs for the management of cancer, diabetes, hypertension and other diseases and conditions and I wish could appreciate their values and consume them whole,” says Munyoro.

A beneficiary of this project, Collins Langat says he has ditched growing maize, potatoes and beans for spice and herbs saying that he uses fewer farm chemicals and labour yet he reaps better profits from exports.

“I used to make Sh20,000 in three months from potato farming on a quarter an acre which made me miserable. I almost quit agriculture when I was introduced to spice and herb farming which gives me more than Sh60,000 in two weeks from the same piece of land,” he says.

Speaking at the Matuiku packhouse, Langat who has increased his crop coverage to 2acres says he dedicated two years to touring several herbs farms in various parts of the county in order to learn about herbs farming.

Another farmer, Faith Njeri says besides making better returns through herbs and spice farming, she earns extra money because she is normally contracted to harvest and pack produce from her neighbours’ farms.

“Women are preferred for the harvesting and packaging because it is assumed that they are keen to detail compared to men,” she says.

Njeri says farmers have benefited from European Union (EU) funded project for the development of herbs and spices sub-sector in counties.

The project dubbed Market Access Upgrade Programme (MARKUP) Kenya is being implemented by United Nations Industrial Development Organization (Unido) in partnership with the Kenya government and the private sector has been building the capacity of small-scale farmers to respond to local and international demand for herbs and spices.

The close to Sh500 MARKUP programme intends to improve the competitiveness of small-scale farmers within 12 counties through the enhancement of quality and safety standards in a variety of crop value chains including nuts, several fruit species including Passion Frits and herbs and spices. 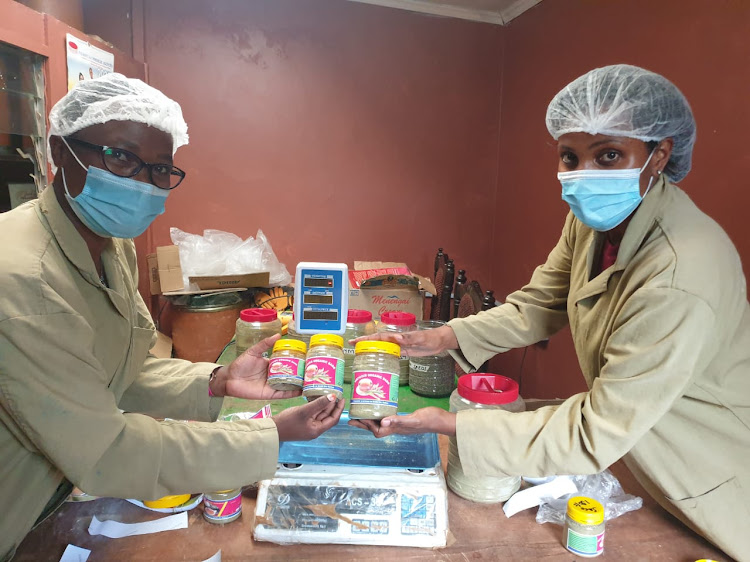 HERBS AND SPICES Sheila Khayi and Irene Wughanga of Virtuous Women Self Help Group showcase a variety of processed herbs ready for sale. some of the herbs grown by small scale farmers in Nakuru end in the local market while majority is for export.
Image: LOISE MACHARIA

“MARKUP has ensured that all the agricultural exports meet the market requirements for export and domestic markets and are safe for public consumption while at the same time helping farmers reap better returns,” says Karuiru.

The machine was donated to the centre by the Brazilian government eight months ago.
Western - Page 28
2 months ago