Three aspirants have threaten to ditch UDA if the issue is not resolved.

• Aspirants protested the choice of the polling clerks and consequently mobilising their supporters to boycott the nominations in the five polling stations.

• However, one aspirant disputed the move saying it was aimed at delaying the voting which was already late. 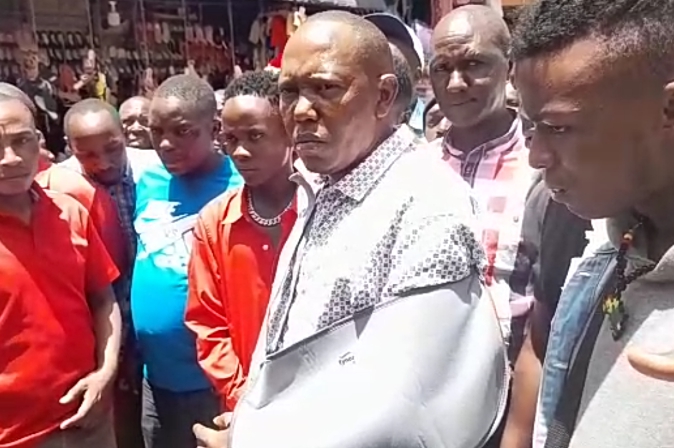 Hezron Manyara, one of the UDA aspirants in Biashara ward, Nakuru town East was injured after chaos erupted in one of the polling station.
Image: JAMES MUNYUA

Voters of five polling stations in the Biashara Ward in the Nakuru East constituency have not participated in the UDA nominations.

This is after the aspirants protested the choice of the polling clerks and consequently mobilised their supporters to boycott the nominations in the five polling stations.

Three aspirants, out of the four contesting for the UDA ticket in Biashara ward, wanted the polling clerks to be swapped in what they said was to maintain the integrity of the nominations.

However, one aspirant disputed the move saying it was aimed at delaying the voting which was already late.

The UDA constituency returning officer tried to resolve the situation and materials were transported to various polling stations in the ward.

However, the three disgruntled aspirants did not relent and went ahead to disrupt the nominations in the five polling stations.

They, however, were unable to stop the process in all the polling stations.

They accused an incumbent MP of allegedly planning to interfere with the nominations of the ward so that his preferred candidates sail through.

The process degenerated into a fistfight where one aspirant Hezron Manyara was injured and rushed to the hospital with a broken arm.

The aspirants however stayed put saying no nominations would happen unless the issues they had raised were resolved.

The three aspirants have warned that they will ditch the UDA party if the issue is not resolved.

Elsewhere, the London ward nominations were delayed in the Kiamunyi polling station as the MCA ballot papers were allegedly sent to the wrong polling station.

In Kuresoi South insufficient ballot materials forced the nominations to halt. It took the intervention of Mumias East MP Benjamin Wachiari who intervened and restored normalcy.

Wachiari who together with nominated Senator Faladha Iman is overseeing the UDA nominations in Nakuru said they will make sure all the people in the lines have voted.

Voting in other areas has gone on peacefully with no major incidences reported.

Chaos in Ndhiwa ODM primaries as aspirant's agent is attacked