Fuel is already expensive because of government higher taxes, it's cheaper in Rwanda, and now pumps are dry 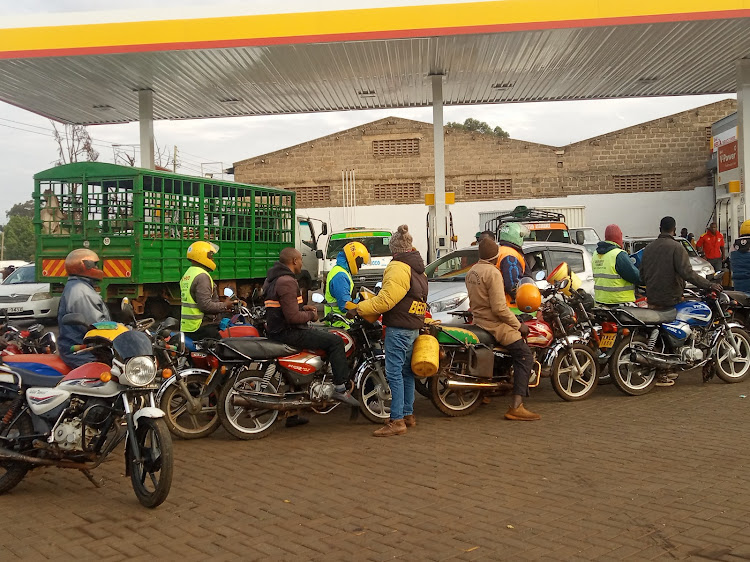 The acute national fuel shortage has stalled most operations in Eldoret and neighbouring counties.

The transport crisis has deepened.

The shortage caused long queues at the few petrol stations that still have fuel.

Most petrol station operators said they had run out of fuel for more than a week. Only Shell and some Total petrol stations have it.

Motorists expressed frustrations after failing to get fuel.

Farmers need it for tractors.

"As farmers, we are facing serious challenges because the prices of farm inputs have gone up and now the shortage of fuel has worsened the situation," Christopher Kolum said.

Owners of petrol stations said they were unable to get supplies from the Kenya Pipeline depot in Eldoret. Depot officials declined to comment, referring journalists to headquarters.

The countrywide fuel shortage was caused by a dispute between the government and oil marketers over a Sh13 billion subsidy owed since January.

Eldoret town was largely deserted with fewer vehicles on the road because of the shortage.

Governor Jackson Mandago urged the Kenya Pipeline management to resolve the situation so farmers and other Kenyans can resume usual business, which had been disrupted in the last three days.

"The fuel shortage is worsening the economic crisis which Kenyans are struggling with. We need an explanation from the Kenya Pipeline management, which should quickly resolve the problem," Mandago said.

Fear of an even worse shortage has caused farmers and motorists to desperately go round petrol stations in the region in search of fuel.

Many were seen with plastic containers and jerricans searching for fuel. Some motorists who were caught unawares were seen pushing their cars along the roads after running out of fuel.

The planting season has started in most areas and director of the Kenya Farmers Association Kipkorir Menjo said the fuel shortage would affect the farming community.

Menjo said the challenges farmers were going through could cause a more than 40 per cent drop in maize production.

"With the high cost of fertiliser and fuel, Kenyans should brace for even harder times with food shortages," Menjo said.

Eldoret town has more than 250 petrol stations but fewer than five of them had fuel early Monday and dealers said there was no hope of getting fresh supplies.

Revealed: What is causing fuel shortage

"Our global stock holding is adequate to serve the region."
News
8 months ago