•The bridge that serves as a crossing of the Eselenkei seasonal river was swept around 3.

•Lenku said the county government had spent a whooping Sh100 million to construct the bridge. 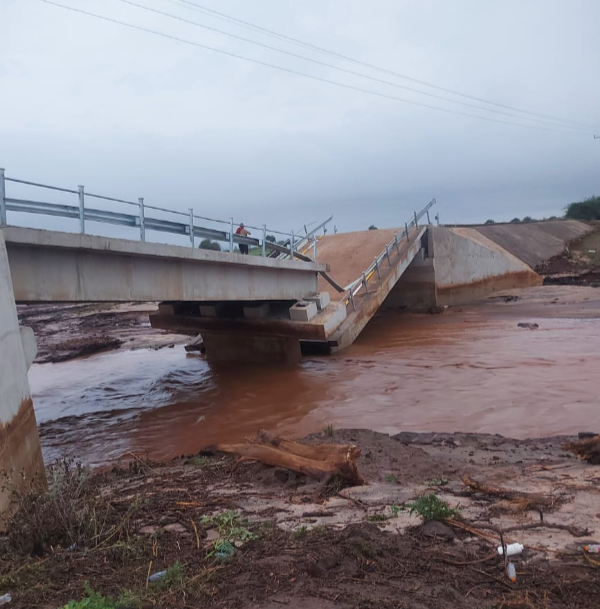 The Paai bridge on Thursday morning after the floods had subsided.
Image: KURGAT MARINDANY

A multi-million shillings bridge linking three sub-counties in Kajiado and unveiled five days ago by Governor Joseph Lenku was this morning swept away by floods.

While unveiling the new bridge on Saturday, last week, Lenku said the county government had spent a whooping Sh100 million to construct the new bridge.

Paai Bridge was expected to bring to an end the nightmare farmers undergo during the rainy season when they lack access to outside markets.

The bridge that serves as a crossing of the Eselenkei seasonal river was swept around 3 am on Thursday, according to area residents.

John Lemomo, who spoke to the Star, said he was woken up by loud sounds from the direction of the river at night.

Lemomo said he suspects the bridge was brought down by huge stones dragged along by the floods upstream. 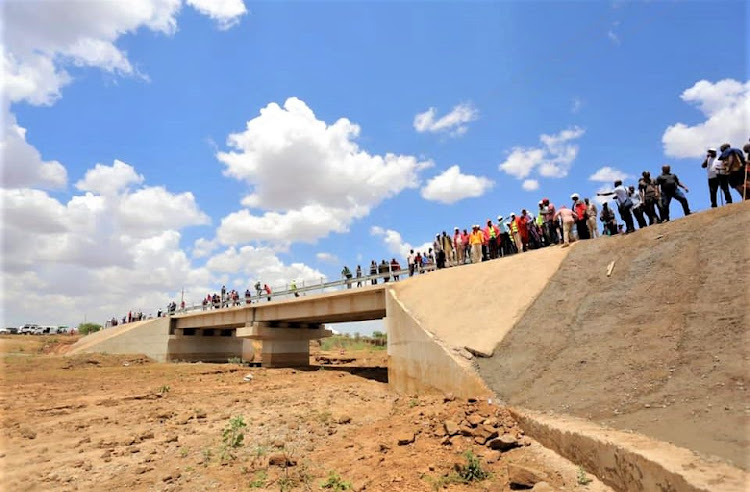 He claimed the bridge was constructed in a hurry because of political reasons.

“There is nothing to celebrate here about this bridge... It is even good that it was brought down before the August General Election,” said Lemomo.

During the rainy season, the Eselenkei River, which is the largest seasonal river in the area threatens the lives of those who attempt to cross it.

While launching the bridge in September last year, county roads minister Alex Kilowua had said the bridge would open up the area to local and national traders.

“This bridge will boost economic and social interactions among resident communities and potentially open up the area to local and national wholesalers of horticultural produce,” said Kilowua.

Our efforts to talk to Kilowua or Governor Lenku after the morning incident failed to bear fruits as both the officials could not be reached on the phone.

The Eselenkei, the largest seasonal river in the area, normally bursts its banks during the rainy seasons.

The bridge was set to ease the movement of people and goods within the three wards.

Lenku had said it would boost economic and social interactions among residents, who previously got cut off when the river burst its banks.

He noted that before the construction of the bridge, farmers were cut off from markets during the rainy season and they would incur losses as their produce rotted in the farms.

“This bridge will transform this area economically. Just a year ago when it rained, trucks full of horticultural produce could get stuck at the river for days unable to cross thus resulting in huge losses for farmers and traders,” said Lenku.