Ngunjiri said that close to 30 people have been killed in the area. 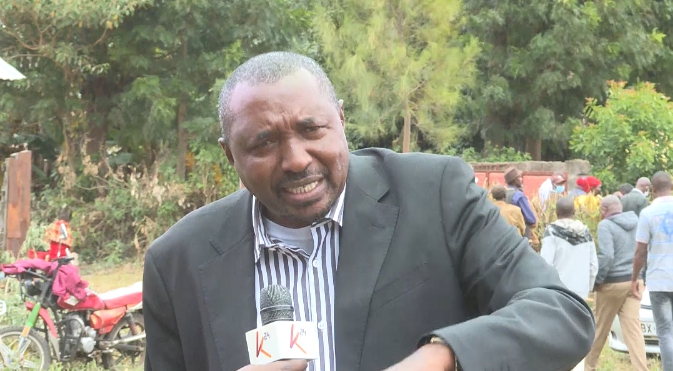 Bahati Member of parliament Kimani Ngunjiri has decried insecurity in his constituency that has claimed the lives of several people.

The constant attacks have particularly affected boda boda riders who purchased their motorbikes on credit.

According to Ngunjiri, the attacks seem to be well-coordinated where those who have completed paying for the motorbike loans are attacked, killed or maimed and their motorbikes stolen.

“People are being killed here every day, just yesterday a young man was brutally murdered. He had just completed paying for his motorbike loan from a local lender. We are asking is there any connection between the lenders and the gangs?” Ngunjiri inquired.

“There seems to be a collusion between those lenders or insiders in the credit facilities that are leaking customer’s information and whereabouts of these people,” Ngunjiri added.

What is suspicious, according to Ngunjiri, is the fact that the thieves know exactly where to find the alarm tracker because they dismember it a few minutes after the motorbike is stolen.

Ngunjiri said that close to 30 people have been killed in the area with securities agencies being blamed for laxity.

“No one has been arrested and taken to court so far. My people are complaining asking me what is going on,” the mp said.

Police have however refuted the claims saying that no cases of motorbike theft syndicate involving motorbikes bought on loans have been reported.

According to Nakuru County Commander Beatrice Kiraguri, one person has been arrested for the murder that happened on Thursday last week.

"We do not have any such information. The one that happened last week, one person has already been arrested but no reports have been made concerning motorbike theft in such a manner the MP is claiming,” Kiraguri said.

Locals however say they need security beefed up as cases of motorbike theft have increased exponentially.

They say several bodies with stab wounds have been found, some belonging to the people they know while others seem to have been killed elsewhere and dumped there.

Ngunjiri has been at loggerhead with the security apparatus since the Lanet Police Station plaque was defaced by unknown people soon after it was unveiled by deputy president Willam Ruto.

He has accused the police of being used to sabotage his work due to political differences.

He has urged the boda boda operators to empower each other through Saccos.
Counties
4 months ago

Mwingi: Man, 23, hangs himself a month after his motorbike was stolen

The deceased was stressed after his motorbike was stolen a month ago.
Counties
4 months ago
by James Munyua
Rift Valley
24 January 2022 - 19:45