Residents are scrambling for water, competing with thirsty animals

• Eleven out of 20 wards in the county are seriously affected, with leaders calling on the government to help mitigate the effects.

• Mary Lonyang’ole from Atulia said that they are forced to scramble for water from the few rivers that are available with animals. 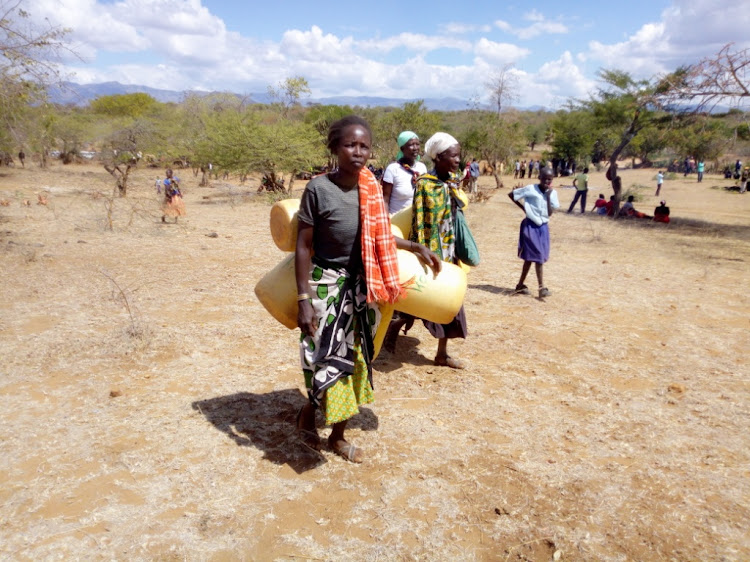 Pokot North and Pokot Central subcounties have been hit by the drought and more than 400,000 people are facing a water shortage.

Dams, water pans and rivers have dried up and animals have been forced to migrated to Uganda in search of pasture and water.

Eleven wards out of 20 in the county are seriously affected and leaders are calling on the government for help.

Mary Lonyang’ole from Atulia said they are forced to scramble for water from the few rivers that are available.

“We have been forced to share the available water from a few rivers that are at risk of drying up because of thirsty animals,” she said.

She said that they are forced to trek more than 20km to Suam River to fetch clean drinking water.

“We are calling on the government to supply us with clean water to help prevent an outbreak of waterborne diseases,” she said.

Governor John Lonyangapuo toured the area called on the national government to intervene as the county is overwhelmed. 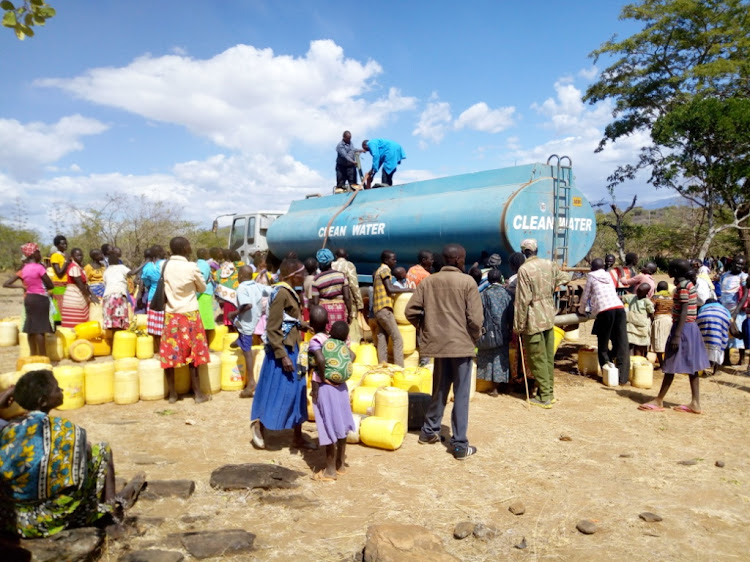 Lonyangapuo called on the National Government to increase funds for water in ASAL counties  that are most affected.

The governor called on residents to stop charcoal burning and help in mitigating the effects of climate change.

“Let's conserve our forests and stop engaging in charcoal burning since its worsening the situation,” he said.

West Pokot CEC for agriculture, livestock and the pastoral economy  Geoffrey Lipale said 85 per cent  of the region experienced  total crop failure the last planting season due to failed rains and drought.

He urged the national government to use the cash transfer programme, saying ASAL households are still affected by food and water shortage.

80 tanks with 10,000L Capacity each are being delivered to schools and institutions.
News - Page 1
3 months ago