Both showers and heavy rains have pounded Turkana at last, but not enough to end the drought 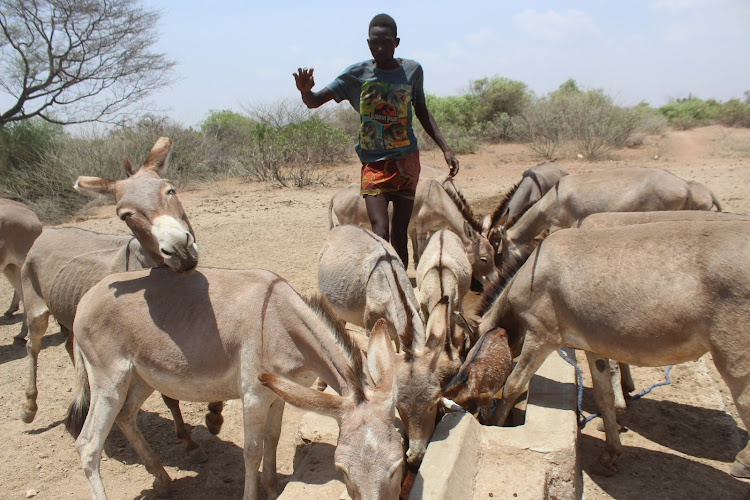 THIRSTY DONKEYS: John Ekatorotho at Napus junction in Turkana with his donkeys at a water point
Image: HESBORN ETYANG

At last, Turkana is blessed with scattered rain, some of it pounding the sizzling land. Not enough to end the drought but worth harvesting.

Pastoralists have urged the county government to harvest the rainwater and build dams to reduce the water shortage.

The drought has dried up most water pans, boreholes and other water sources that pastoralists and livestock rely on for survival.

Pastoralists must trek for more than 30km under the scorching sun to find water.

Pastoralist James Epata of Turkwel in Loima says the drought has ravaged the water sources and pastures.

Some pastoralists have been forced to cross over to Uganda for water and pasture.

“Our animals are emaciated and some have died of thirst and hunger. Last year we didn't get enough rain, so some people crossed over to Uganda," he said.

Epata urged the government and humanitarian agencies to help them get water.

“Rains comes and go, but if the county government wants to help our people it’s possible because Turkana receives billions that should be used solve the water problem," he said.

Epuu has urged the government to allocate more resources to the Ministry of Water and use the resources to solve water menace by harvesting rainwater and floods.

Turkana Governor Josphat Nanok in September last said more than 150,000 animals have crossed to Uganda for water and grassland.

The worst-hit areas are Turkana North and Kibish.

Herders in Loima subcounty on the border with Uganda normally migrate to survive.

For years the national government has urged counties to harvest and store rainwater, but very little has been done.