•Kobia made the claims during a recent TV interview.

•Mandago asked the National Cohesion and Integration Commission boss to visit the region and verify facts on the resettlement of IDPs. 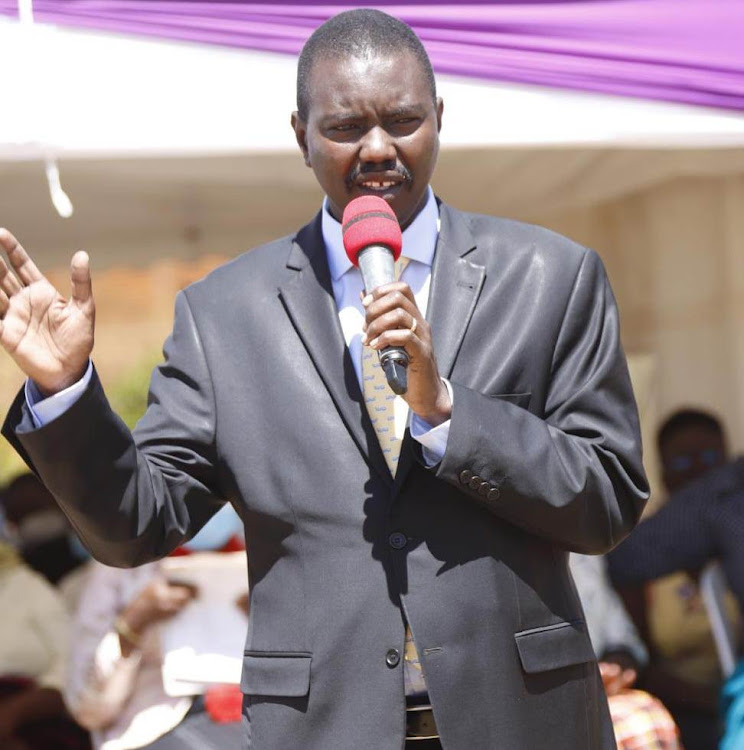 Uasin Gishu Governor Jackson Mandago has faulted NCIC chairperson Samuel Kobia over claims that some 2007-8 violence victims had not gone back to their farms.

Mandago said the claims were false and amounted to incitement as the county did not have IDPs.

Kobia made the claims during a recent TV interview.

He asked the National Cohesion and Integration Commission boss to visit the region and verify facts on the resettlement of IDPs.

“We are a peaceful county and not happy with Kobia’s remarks. Let him fact-check before publicly making such statements,” Mandago said.

Speaking in Kesses on Wednesday, he said there was no cause for concern over the region’s peace and unity because communities and leaders had resolved to co-exist before, during and after elections.

In October last year, Mandago banned the NCIC and other peace groups from holding meetings in Uasin Gishu without his approval.

The county boss said some of the peace groups working in the region, were inciting residents instead of concentrating on the real peace efforts.

He said his office, and the county commissioner must approve and be involved in all meetings ahead of elections.

“We know there are those who have been sent to incite our people, we will not allow that,” Mandago said.

He said NCIC should not focus on the area as if there were problems.

“We cannot allow people to come here and claim to be having peace meetings without involving us,” the county boss said.

He said all organisations that intend to carry out peace meetings in Uasin Gishu should seek consent from the county security committee to support cohesion and integration.

Mandago said every organisation that undertakes any form of peace event should work with communities and leaders after clearance by his office.

“This is a cosmopolitan county and we have enjoyed peace all along. We shall jealously ensure that peace lasts and even gets better,” he said.

The county boss said, he would lead in ensuring peace and unity prevails during elections and all aspirants must prioritise unity above individual interests.

However, Kihara said, the accusations were not true and they are serving everyone and not anyone’s interests.