The CS also talked of the ministry's readiness for the 2021 KCPE and KCSE to be done in March 2022.

• He said the National treasury had just released Sh16.8 billion to primary and secondary schools across the country for capitation. 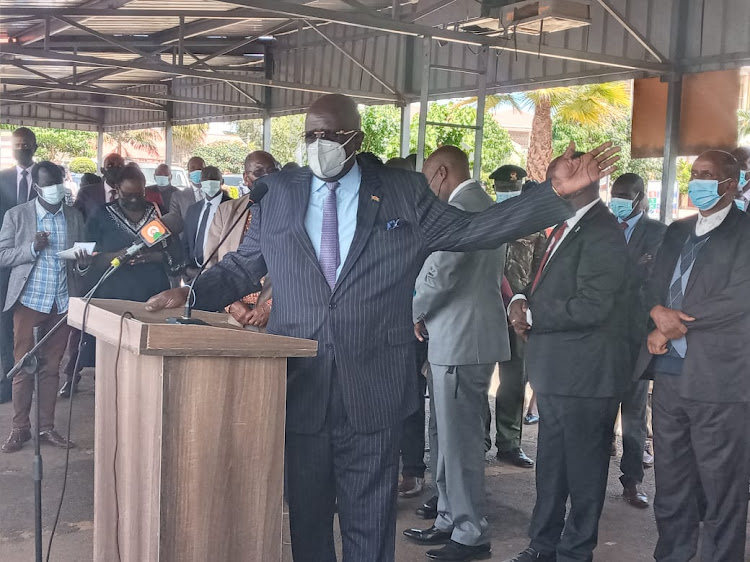 Education Cabinet Secretary George Magoha has warned high school principals against sending away students over lack of fees and other levies.

"Never sympathise or become diplomatic with such institution heads…ensure you send them to where they belong for mistreating students from humble backgrounds,” the CS said.

He said the National treasury had just released Sh16.8 billion to primary and secondary schools across the country for capitation.

“Primary and secondary schools will receive Sh2.1 and Sh14.7 billion respectively, which is enough to keep all students in school for at least the remaining  eight weeks before the term ends, hence no need to send students home.”

Magoha asked school administrations to visit the homes of students who are unable to raise fees and assess the situation of the respective students.

The CS on Saturday commissioned a tuition block for a pre-secondary at the Kapsabet high school to be constructed by government. 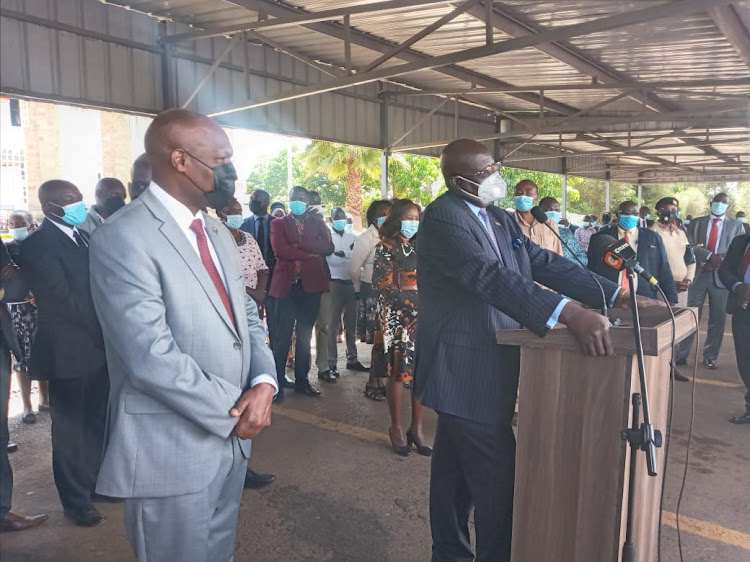 “If you receive success cards with portraits, destroy them because our children are God's children and don’t belong to political parties or individuals,” Magoha added.

He said his ministry was ready for KCPE and KCSE examinations and asked students not to fear because they would be examined for what they had learnt putting into consideration the Covid-19 pandemic.

Magoha asked teachers to go for Covid-19 booster jabs to improve their respective immunity as the virus continues to mutate.

He cautioned teachers and invigilators not to aid candidates into cheating saying they will mercilessly be dealt with by his ministry.

Magoha also visited Kapsisywa secondary school to asses a multi-million library being constructed in honour of athlete Eliud Kipchoge at his rural home.