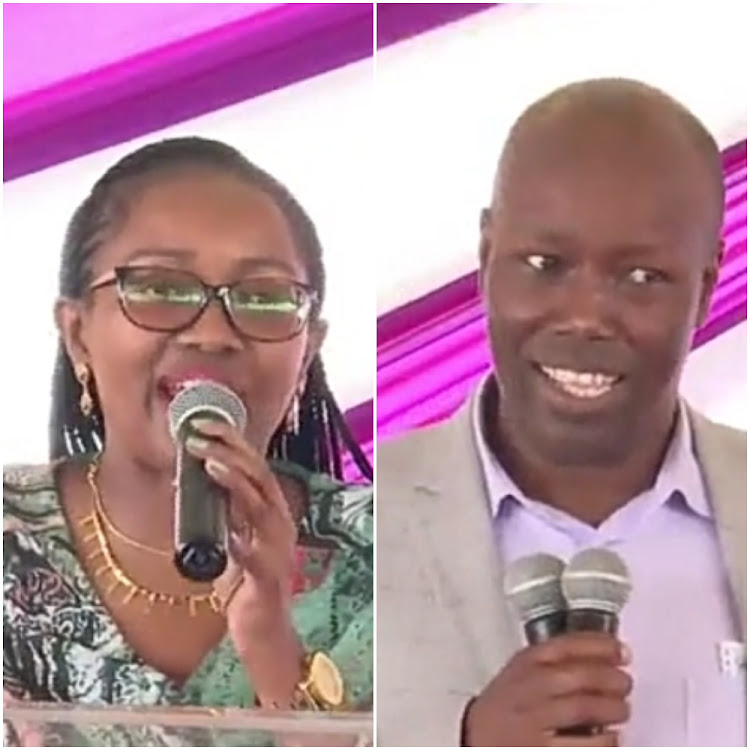 Nakuru Governor Lee Kinyanjui and Senator Susan Kihika have differed on the Political Parties (Amendment) Bill 2021 that was passed by the National Assembly on Wednesday.

Speaking during the burial of the father to vernacular radio presenter Njogu wa Njoroge in Njoro, the two differed.

Kihika said the passing of the bill by the National Assembly is not a guarantee that it will sail through in the Senate.

If the bill gets a nod in the Senate, the legislators allied to Deputy President William Ruto will move to court to stop it, she said.

“The bill that was in the National Assembly will now be in the Senate next week; we will oppose it vehemently, but if they pass it by force the way they did the BBI, we will move to court to stop it just the way BBI was stopped,” the senator said.

According to the senator the bill is not important to Kenyans.

However, Kinyanjui said the bill will bring sanity in Kenya's politics by making sure no one will hoodwink others when they get power.

“We want to put it in law so that if tomorrow someone wakes up and misbehaves then we can have a leeway to also say that we will not pass a certain bill unless he or she honours the agreement.”

The bill was passed by the National Assembly on Wednesday night after several days of deliberation that saw the speaker call for special sittings after several amendments were made.

The heated debate saw legislators engage in fist fights, actions that have been condemned by Kenyans.

The bill will now be deliberated on the floor of the Senate after Speaker Kenneth Lusaka called for special sittings on Tuesday next week.