Headteacher says parents should take children to schools they can afford

“We've  been sent away with our children and the administration demands we pay at least 75% of total fee. They raised it by Sh5, 000 in December without consulting us."

• The head teacher said the school had to expel about 50 pupils with arrears ranging from Sh30,000 to more than Sh75,000. Some parents leave their children at the gates. 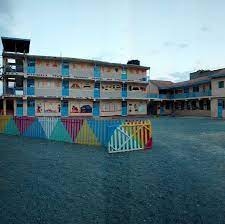 Parents of a primary school in Kitengela have protested after they were issued with mandatory transfer letters for their children over fees arrears.

PCEA Kitengela Township Primary School in Kajiado county sent children and parents home on opening day, January 3, for failing to pay 75 per cent of this third term's fee. The school has 1,020 pupils.

Head teacher Josphat told the Star he issued about 50 transfer letters to parents with arrears of Sh30,000 to Sh75,000 but were unable to settle. He said the children must leave and called these intractable cases.

He did not disclose the total number of children with arrears.

"They should look for schools they can afford," he told the Star in his office on Wednesday.

Some arrears are as high as Sh75,000, he said, and some parents have been uncooperative about settlement.

Pupils are in classes including PP1 and PP2, both lower and upper primary.

Angry parents said they will not be forced to transfer their children to other schools against their will.

Some parents refuse to accept the letters and refuse to pay. Their children are just left at the school gates. Fees are not cleared, students are not transferred.

Teachers are obliged to take them in and teach them; their parents pick them up.

They said the school administration failed to consider their financial problems and hard economic times, though they promised to settle the payments by the end of this month.

They also accused the school of imposing a Sh5,000 fee increment without their consultation.

Headteacher Muiru said the increment was only Sh3,000.

One parent complained, We have been sent away with our children with the administration demanding  we pay at least 75 per cent of this term’s total fee. They increased it by Sh5,000 in December without consulting us."

She declined to be identified for fear of reprisal.

She said it is a must to pay 75 per cent fees. Class teachers are to receive parents and children as schools reopen.

"Any parent who failed to pay the 75 per cent is sent back with his or her child. Those with last term’s fee arrears from ECD to Class 8 are fordibly issued with transfer letters," she said..

Headteacher Muiru termed parents' claims malicious, saying the complaining parents were those who have accrued fees arrears but who won't cooperate with the administration.

He said they were acting on the directive of the school’s board of directors who were top PCEA church officials.

Parents must pay 75 per cent of this term's fees for their children to be readmitted.

“For us to be able to run this school we require fees. PCEA is a private school, hence, we don’t benefit from bursaries. There are parents with children in PP1 with Sh75,000 arrears.

“The good thing with this school is that it’s not just a one man show. I don't run the school, I'm just an employee," he said.

"The school has stakeholders, that is why we are lenient and our fees are affordable compared to those of other private schools around," Muiru said.

"The essence of PCEA is to provide access to education and health with high arrears, so the management advised me to issue transfer letters to parents to look for affordable schools,” he said.

He said they gave parents notice about arrears and transfers in October last year, so all were aware of the changes.

One letter seen by the Star dated December 17 was addressed to "To Whom It May Concern."

“This is to certify the above-mentioned child has been attending school at PCEA Kitengela Township Primary School. Currently he is in Grade 3 with NEMIS No…..The parents/guardian wishes to transfer him to your school and we have no objection. Any assistance accorded to him or his parents is highly appreciated.”

The letter was signed by Muiru on behalf of the school board.