•The authority had been put  on the spot for alleged unauthorised spending of the money collected as it own revenue in the 2018-19 financial year. 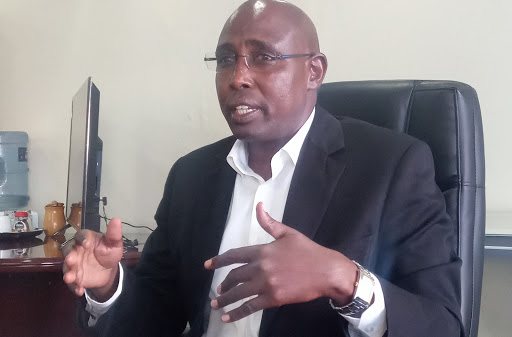 The Kerio Valley Development Authority on Wednesday defended its spending of more than Sh156 million that was queried by the Auditor General and Parliament.

KVDA said the expenditure was approved and provided letters to confirm authorisation for operational expenses and loan financing.

The authority had been in a spot for alleged unauthorised spending of the money collected as it own revenue in the 2018-19 financial year.

Wandayi’s team directed Naporos to furnish the committee with documents detailing the authorisation.

“We had have now forwarded the same documents to Parliament as required, indicating indeed we got approval to use the funds," Naporos said.

MPs on the committee had pressured the state agency to explain authorisation to spend Sh151 million it collected above its approved budget.

In the 2018-19 financial year, the approved budget was Sh75 million but it collected Sh226.5 million, and authorisation was questioned.

The Public Finance Management Act states that such funds should be surrendered to the exchequer and approval obtained from Parliament before they are spent.

However, the audit report shows KVDA used the money without parliamentary approval.

While appearing before the committee, Naporos did not provide approval documents but they have since turned them over to the watchdog committee as directed.

One document forwarded to Parliament was a letter dated October 8, 2018. In it the former CEO, through his deputy Francis Kipkoech, requested approval in from the PS in the state department of Regional Development.

“The purpose of this letter is to seek your approval and concurrence from the National Treasury to utilise all aII funds amounting to Sh231.2 million and the understated amounting to Sh156.2 million," the letter read.

The then Acting PS for Regional Development Susan Koech responded to the KVDA request in a letter dated February 21, 2019.

She said the additional money had been regularised in the Supplementary Budget for 2018-19.

“The purpose of this letter is to convey the National Treasury's approval of the same," the letter read.

The then Treasury PS, Dr Kamau Thugge, had also written to Koech indicating Treasury had considered and approved KVDA's request.

Auditor General Nancy Gathungu in her 2018-19 audit report questioned why KVDA did not provide confirmed approval for use of the money.

Wandayi had accused the authority of creating an artificial need to justify the spending at source.

Naporos admitted the irregularity but said, "Once we realised there was more generation of income, we wrote to our parent ministry seeking approval."

Findings could give credence to concerns monies for mega dams were channeled to private individuals' accounts
News
6 months ago
by BY MATHEWS NDANYI
Rift Valley
24 November 2021 - 22:00