Kenyan oil is waxy so it must be heated to liquify it for transport from Turkana to Lamu. 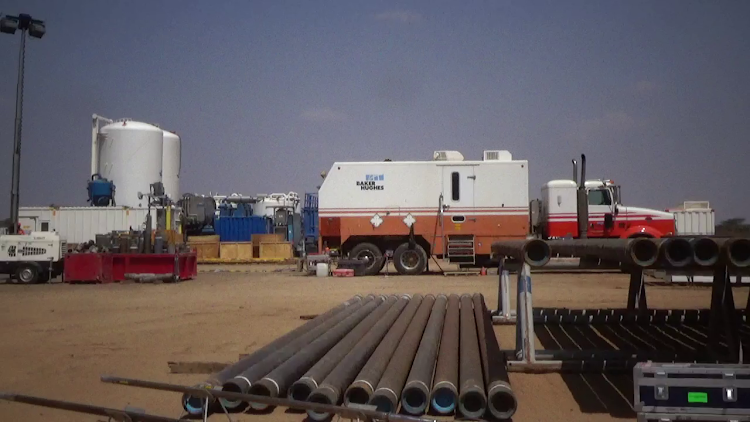 The Turkana oil pipeline will transport 130,000 barrels of crude oil from the South Lokichar oil basin to Lamu daily.

Elsama Ndegwa, director for administration in the Ministry of Petroleum,  said that during the early pilot scheme, they were only able to transport 2,000 barrels in a day to Lamu.

Ndegwa spoke in Turkana while informing members of the community on land acquisition for the Lapsset project. The team is comprised of the Ministry of Petroleum, the Ministry of Lands, the National Lands Commission and Lapsset.

The land commission said it has successfully informed members of the community about the importance of land acquisition that starts from Nachula in Samburu to Nakukulas in Turkana.

He said the acquisition of land will enable the Lapsset corridor to run from Lokichar to Lamu, about 824km.

“The pipeline is very important for us. During the early pilot scheme we were able to transport 2,000 barrels of crude oil on daily basis, we are through with the pilot scheme and we have entered the phase of commercialisation,” Ndegwa said.

“We are going to transport 130,000 barrels of crude oil from South Lokichar oil basin to Lapsset pipeline daily," he said.

Ndegwa said the  pipeline is steel, which will be insulated and buried one metre eep.

He said since the Kenyan oil is waxy, even to get it from the ground you need hot water. Heat will be applied to liquify it so it can be transported easily through the pipeline.

He said  consultations are going on with the community and county government to allow the land acquisition for the Lapsset project.

“The negotiations for the government to acquire the land for oil production is still on, we are engaging the community members and Turkana county government for agreement," James Long'ole, Turkana's NLC coordinator, said.

Long’ole deplored that falsehoods have emerged that persons affected by the project have been identified, which is not true.

It was reported that the state is expected to pay out billions of shillings to more than 516 landowners after British exploration firm Tullow Oil presented a clearer plan for oil production in the basin. That report was false as 516 were coordinates.

“We will work together with Turkana county officers and the community to evaluate all resources along the Lapsset corridor," Longole said.

"All resources including houses, trees and graves along the Lapsset corridor will be considered. That’s when we shall know the persons affected by the project to be compensated and the government will much they should be paid."