Andrew Bett was charged with three counts of negligence.

• The case will be mentioned on December 8 and heard in March 2022.

• According to the police report, the three prisoners escaped after they created a hole on the cell’s wall. 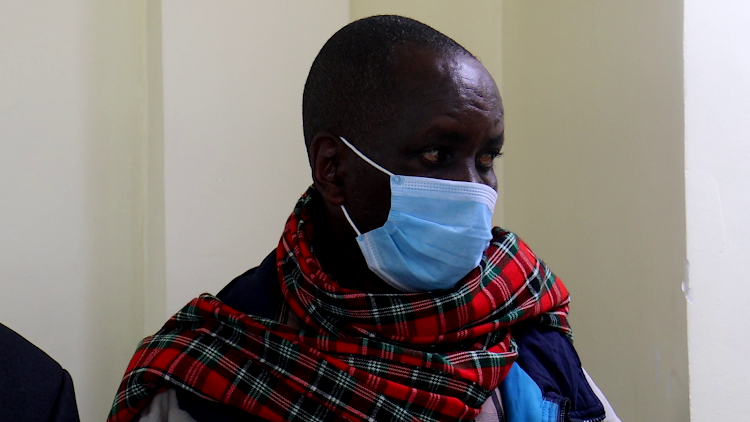 A police officer who was on duty during the night when three prisoners escaped from Kilgoris police station cells was on Monday charged with negligence of official duty.

Andrew Bett was charged with three counts of negligence of official duty on November 19, a duty that he was dutifully bound to perform under the National Police Service Act.

The three counts are separate charges for the three prisoners who escaped from police cell. The escapees were identified as Shadrack Leparan, 29, a murder suspect, Enoch Ndege, 28, and Patrick Mausa, 32, both of whom hailed from Kisii community. The two were theft suspects.

Bett appeared before Narok chief magistrate Josphat Mungai and denied the three charges and was released on a bond of Sh100,000 and one surety of a similar amount.

The case will be mentioned on December 8 and heard in March 2022.

According to the police report, the three prisoners escaped after they created a hole on the cell’s wall by removing some bricks next to the door facing the report office.

There were a total of five suspects in the same cells and the remaining two said they did not hear their colleagues escaping.

Narok county police commander John Kizito has called on members of the public to be vigilant and report any suspicious person to the authorities to quicken the arrest of the three fugitives.

The Kilgoris escape came days after three criminals - Musharraf Abdalla, Joseph Juma Odhiambo and Mohammed Ali Abikar -escaped from Kamiti Maximum prison and were arrested while on their way to Boni forest in Lamu county.