Elders, leaders in Rift Valley pledge to enhance peace, unity ahead of polls

• Kalenjin elders led by Major (Rtd) John Seii have supported the initiative, saying elections should not make Kenyans to turn against each other. 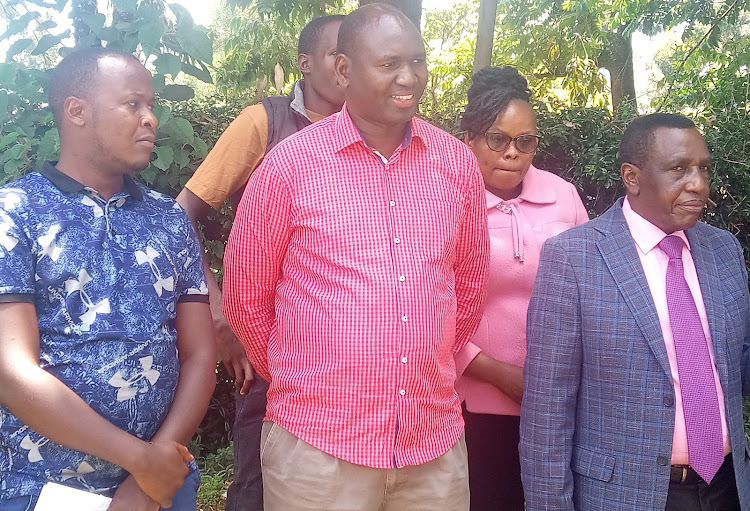 The Kikuyu and the Kalenjin communities  in Rift Valley have launched a new initiative to strengthen peace and unity in the region ahead of the 2022 polls.

Elders and leaders from the two communities say they will work with all other stakeholders in the region to prioritise peace and ensure election campaigns are done in a mature and democratic manner.

“We are heading to the elections but our priority will be peace and unity for our people during the period,” the Kikuyu community in Rift Valley vice chairman Joseph Wainaina said on Sunday after a peace forum in Eldoret town.

Wainaina said their resolve to strengthen peace and unity was firm and they would not allow any external forces or individuals to cause divisions among the communities because of politics.

“Elections come and go but our country must always remain peaceful because we can not do anything else without peace and unity," Wainaina said.

He is among those who played a role in peace building after the 2007-08 elections in the region as it was a hot spot.

Kalenjin elders led by Major (Rtd) John Seii have also supported the initiative, saying elections should not make Kenyans to turn against each other.

“We will sensitize our youth and work with our leaders to ensure peaceful election campaigns,”Seii said.

Wainaina and the elders have been attending church and community events where they urge residents to remain peaceful and united throughout the electioneering period.

“We particularly urge our aspirants to look for votes while prioritising peace. We all want peace and our country should emerge stronger from the elections,” he said.

He added that people in the Rift Valley are mature and will  not rely on external forces to decide on how they will vote for.

Governors in the North Rift region led by Jackson Mandago of Uasin Gishu have also pledged to ensure smooth elections in the region but cautioned civil society groups and external actors against inciting residents.

Mandago has banned the National Cohesion and Integration Commission and other peace groups from holding meetings in Uasin Gishu without express approval from his office.

The governor said some peace groups working in the region were  inciting residents ahead of polls instead of concentrating on "the real peace efforts".

He said his office and that of the county commissioner must approve and be involved in all meetings in the county.

“We know there are others who have been sent to incite our people but we will not allow that. I know my term will end next year but I remain in office with full authority until midnight August 22, 2022,” Mandago said at Moi's Bridge.

The county boss said the region was peaceful and the NCIC should not focus on the area as if there are problems.

“We can not allow people from Nairobi or elsewhere, including the NCIC, to come here and claim to be having peace meetings without involving us,” Mandago said.

He added that all organisations intending to hold peace meetings in Uasin Gishu must first seek consent from the County Security Committee in a bid to support cohesion and integration.

Mandago said every organisation that undertakes any form of "peace event" should work with local communities and leaders after clearance by office.

"This is a cosmopolitan county and we have enjoyed peace all along. We shall guard that peace jealously and ensure it lasts and even gets better,"Mandago said.

He said he will take lead in ensuring peace and unity during the elections and that all aspirants in the region must prioritise the unity of communities and not individual interests.

There are many illegal guns in hands of locals — Natembeya

The Rift Valley boss warns that the government will arrest and prosecute those will not surrender the arms.
Counties
2 months ago
by BY MATHEWS NDANYI
Rift Valley
08 November 2021 - 21:00