The Women Rep says pyrethrum-based pesticides are a safe option for farmers. 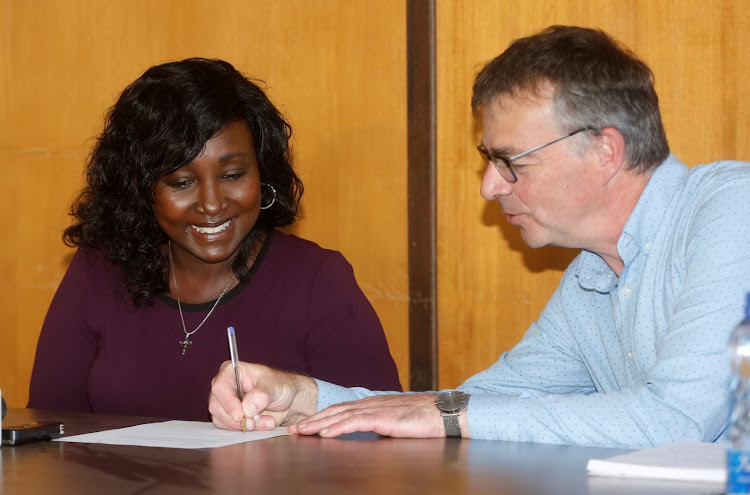 She said, besides the harmful pesticides that have also been banned in their countries of origin, there were more than 6,000 other pesticides in the local market that are safe.

Shollei said among the safe choices were the locally produced pyrethrum-based pesticides that are organic and safe for food production.

She said they leave no chemical residue after 24 hours.

Shollei said most of the pyrethrin in pesticides can be completely washed of fruits and vegetables within less than three hours.

“A certain group of farmers has claimed that the ban on the harmful chemicals that are causing cancer, brain damage and neurological problems would be a threat to food security," she said.

Speaking at KAPI Limited during an event dubbed 'Reviving Pyrethrum Farming as an Alternative to Harmful Chemicals', she said it was unfortunate that the 237 poisonous brands were being sold in Kenya.

“Many of us lived in pyrethrum growing areas and we know that it was not only providing a livelihood but it was also giving a safe alternative for pesticides within the country and beyond.”

She was accompanied by KAPI director Ian Shaw.

Shollei said using pyrethrum-based pesticides was more effective because there was less resistance by insects and pests unlike the synthetic chemicals where farmers keep increasing dosage on their farms.

“The European Union and other countries in the West will send back any produce that is found to have residue of any harmful chemical,” she said.

Shollei blamed Pesticides Control Product Board (PCPB) for allowing the continued use of the harmful chemical despite scientific proof that they were dangerous to humans and animals.

Shollei petitioned Parliament to order the withdrawal of 237 pesticides and herbicides with harmful chemicals.

However, she was referred back to PCPB, Kenya Bureau of Standards and the Ministry of Agriculture for action.

“Parliament unanimously agreed with my petition because we are dealing with the health and lives Kenyans," she said.

"Unfortunately, the issue was referred back to PCPB and Kebs, the same organisations that have failed to stop the importation.”

Pyrethrum Growers Association chairman Justus Monda said it was high time the government fully revived the pyrethrum sector as a way of providing safe agro-chemicals to citizens and reduce the increasing cases of cancer.

He blamed what he termed as skewed resource allocation towards pyrethrum revival for the continued challenges in the sector.

Post a comment
WATCH: The latest videos from the Star
by LOISE MACHARIA
Rift Valley
28 October 2021 - 22:00
Read The E-Paper