They were nabbed in the Doldol area of Laikipia North

• The suspects were escorted to the Nanyuki police station awaiting to be arraigned once investigations are completed. 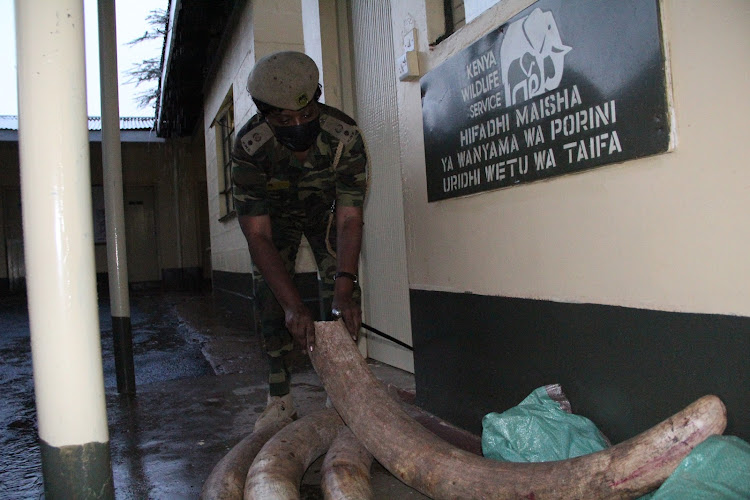 “Acting on a tip-0ff, our men were informed that some people were trying to dispose of some ivory and they laid an ambush and arrested them,” Malenya said.

She said the suspects had stashed the consignment in sacks of polythene bags and were being transported to the market.

The senior warden said they were investigating the suspects to establish the source of the ivories and the market destination. She warned would-be suspects that KWS was on the lookout for poaching cases.

“We want to ensure that no-poaching activities are taking place. We desire to see the elephants and not the ivories,” Malenya said

“The poachers should devise other ways of earning a living and not involve themselves in illegal activities.”

Malenya said wildlife was the country’s heritage that should be protected for posterity purposes, adding that when the animals are eliminated nothing will be left for the future.

The suspects were escorted to the Nanyuki police station awaiting to be arraigned once investigations are completed.