Nakuru has 430,000 IDPs, half nonpolitical, but all are termed tribal outsiders 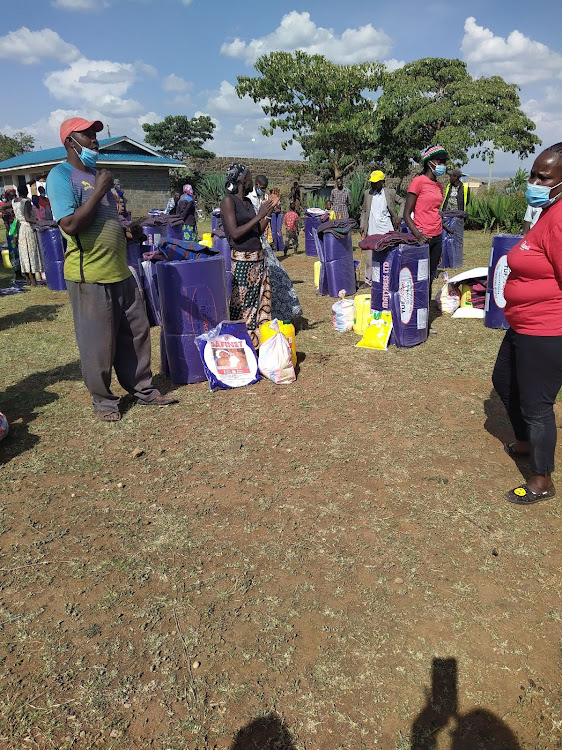 IDPs: The nonpolitical Athenai IDPs camp at Makongeni in Nakuru Count, They are reminded daily by residents that they don't belong and are outsiders.
Image: KNA

Go back where you came from. We don't want you here.

Those abuses are hurled at 'outsider' IDPs who fled their homes in communal clashes and political violence. Many more fled natural disasters, economic hardship and family conflicts over land and marriage.

And as the general election nears and political temperatures rise, many IDPs, such as those in Nakuru county, say they fear for their safety as politicians whip up communal antagonism.

Nakuru has about 430,000 IDPs, Kenya's largest number due to the 1990s tribal clashes during political upheaval. That was when the country transitioned from a single-party state to a multi-party democracy.

Kepha Mugenyi, the secretary of the Kenya IPDs Network formed in 2003, said IDPs have greatly contributed to the attractive description of the county as Kenya's leading multi-ethnic area.

He said have the numbers were 'non-political' IDPs, displaced by drought, flooding, economic hardships and family conflicts that banished some from their homesteads.

Regardless of the reasons for displacement, IDPs suffer more than other refugees because they remain in their country, often close to conflict zones.

They also lack the same legal protections as refugees who cross national borders, though they move for the same reasons.

The Athenai IDP camp in Rongai subcounty is filled with Turkana pastoralists who moved with their families and livestock to escape drought in the 1940s.

They came upon the Makongeni Sisal Farm, which agreed to accommodate them. They had enough pasture and casual work to keep them going.

They never imagined that one day they would be forced off the farm and be branded IDPs, an unsavoury label.

Athenai camp chairman Ekai Chekolei said it's astonishing and tragic whenever they are told to go back to Turkana.

“I was born and brought up on Makongeni Sisal Farm in Nakuru and talk of any other county is an abuse of my human rights. Various tribes are spread all over the country.

Mugenyi said no ethnic group is solely domiciled in one place or where their forefathers originally settled.

He urged wananchi to stop stigmatising anybody settled in their midst because they're from "another tribe". He said they have no idea where  their own children or grandchildren will settle in the future.

The IDP secretary deplored the ongoing Laikipia clashes and advised pastoralists that the concept of an exclusive tribal region is no longer tenable.

People moved from their original tribal settlements for various reasons, he said, and the mixture of communities is good for the economy, cohesion and all-inclusive development.

Mugenyi said the saddest IDPs are those banished from their homesteads due to family conflicts, such as unfair distribution of land or widowhood.

Unlike other IDPs, nobody addresses their plight, though they have been displaced. If they win protracted court cases, their safety is never assured.

Mugenyi said the constitutional right of all children to inherit land, irrespective of their gender, has been violated by ingrained traditions of male dominance.

“All over the country, there are single mothers who live behind shops in mabati buildings. The major reason is that they were disinherited by their brothers or uncles, who demanded they marry," he said.

The African Union should pool money and draft regulations on the protection of IDPs.

Kenya lacks a legal and institutional framework defining and identifying IDPs. Many live in abysmal conditions, depending on well-wishers for survival.

Unlike the Athenai IDPs who are still living in a camp, most other IDPs are 'invisible' because they are scattered about, seeking livelihoods. Most of them have joined the urban poor in informal settlements, Mugenyi said.

The IDP Network is mainly composed of current and former IDPs and they lack resources to lobby for their rights.

Criminals whip up communal sentiment against so-called outsiders, he said, and use political excuses to attack IDPs.

“We are challenging the NCIC to move with urgency and address the resettlement of these families."
News
10 months ago
by KNA
Rift Valley
24 September 2021 - 22:00