Some leaders and residents said officials were not doing enough to end violence, eliminate root causes

• Interior ministry makes many changes in Rift Valley, particularly in Laikipia where a number of top government officials transferred to restore public confidence.

• Rift Valley regional coordinator George Natembeya has been moved to Eastern where he will replace Isaiah Nakoru. 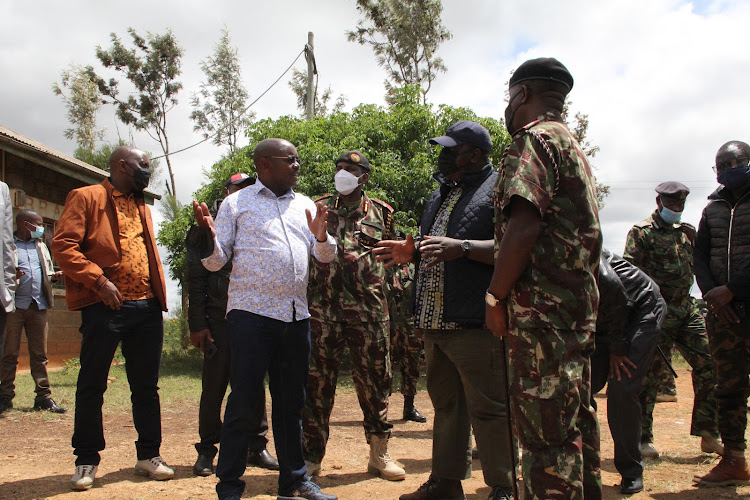 The Interior ministry has transferred a number of senior government officials from troubled Laikipia county.

A major, military-backed operation had been underway, ending when herders were driven out of private ranches. Pacification now is underway.

Residents have been urged to return home.

The personnel changes started without fanfare last week and are being implemented gradually. No announcement was made but an outgoing official who asked not to be named described the changes to the Star on Tuesday.

Among many changes in the Rift Valley, regional coordinator George Natembeya has been transferred to Eastern where he will replace Isaiah Nakoru.

Laikipia East deputy county commissioner Esther Mwamure has been transferred to Kangema subcounty in Murang'a. She will swap places with Patrick Muli. Laikipia East has not experienced insecurity.

Education director in Laikipia county, Susan Murerwa, has been transferred to Embu.

Initially, Governor Ndiritu Muriithi had accused the director of sabotaging the education sector by refusing to register several learning institutions.

Various institutions in the region were intermittently closed because of insecurity when bandits struck villages in Laikipia West and North subcounties.

Locals urged to return home as normalcy is restored in Laikipia

"Calm has since returned with displaced families returning home."
News
4 weeks ago

He said it was reckless for Natembeya to say on national television that the bandits attacking residents in Laikipia had weapons superior to those of the government and better firepower.

“We as the governments of North Rift sat with CS Fred Matiang’I and told him what was ailing Laikipia but no action was taken,” Mandago said.

The governor said no responsible parent would tell their children that they would die of hunger because there was no food in the house.

On September 7, Merigwet Primary School was set on fire by bandits, barely a day after the National Security Advisory Council declared the volatile Laikipia Nature Conservancy and its environs a security operation zone.

Landownership at the centre of Laikipia violence
News
1 month ago

After torching the school in the Ol Moran area in Laikipia North, bandits engaged security forces in a shootout as they headed back to a village.

The school had been closed due to insecurity and no pupils were present when the attack took place.

Natembeya had said while security forces were using AK-47 and G3 rifles, the criminals were using heavy and sophisticated firearms such as the ones used by the British Army Training Unit in Kenya (BATUK).

Interior CS Matiang'i has said the attacks were not staged by ordinary pastoralists in search of water and pasture, but by criminal gangs.

Politicians said to have incited violence have been questioned.