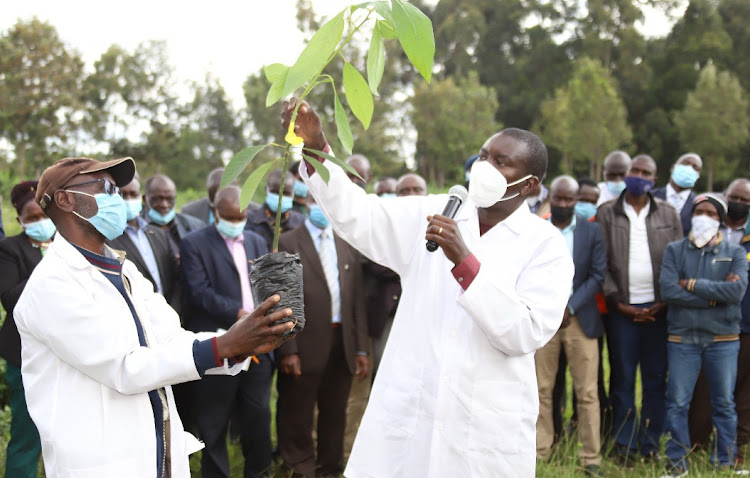 Farmers in North Rift will set up more milling plants as they seek to adopt value addition and diversification in order to earn more from agricultural activities.

Uasin Gishu, Trans Nzoia and Nandi county governments have invested in helping farmers to revive co-operative societies through which they are developing milling plants for value addition.

In Uasin Gishu, the farmers have already set up the Moiben maize milling plant.

Governor Jackson Mandago is also asking members of the Bindura cooperative movement to buy shares in another milling plant that is set to be constructed in Kesses subcounty.

Mandago said his administration is willing to support cooperatives in setting up the plant, but noted that members should be ready to ensure they fully own it through the purchase of shares.

"If you won't buy the shares, the county will build the milling plant and it will belong to them, but we would like it to belong to farmers," he said.

The governor said the county can only support the farmers to establish the value addition firms which must fully be owned by the farmers.

"If the mill belongs to you, every profit made, will come back to you, unlike when it is owned by the county government,” Mandago said when he toured Kesses area.

Several cooperatives including those in Ainabkoi and Tarakwa areas have agreed on setting up a milling plant for maize at Bindura in Kesses.

In Nandi, Governor Stephen Sang’s administration has helped farmers through co-operatives to establish the Kabiyet Dairies which will be one of the leading milk processing plants in the region.

The processing plant is in its final stages and is one of Sang’s flagship projects in the region. It will cost more than Sh500 million.

Mandago, who is also chairman of the North Rift Economic Bloc, said they were encouraging farmers to diversify and stop relying on maize farming and grow other crops.

He singled out avocado and coffee as two cash crops that do well in Kesses subcounty.

"If you plant other crops like avocado and coffee you can be sure that this area will be leading in wealth creation rather than relying on the same kind of farming that has not been profitable," Mandago said.

The North Rift county chiefs want residents to cut down on maize farming and venture into high-value cash crops.

The counties have been distributing seedlings for macadamia, coffee, fruits and other crops to encourage diversification.