Media asked for an equal gender coverage to political aspirants

• Principal Secretary, Broadcasting and Telecommunications Esther Koimett said the Media Council of Kenya (MCK) is monitoring to ensure there is gender balance during the coverage of political aspirants.

• During the meeting different participants said women got lesser visibility because most of them were media-shy while others did not know how to exploit it. 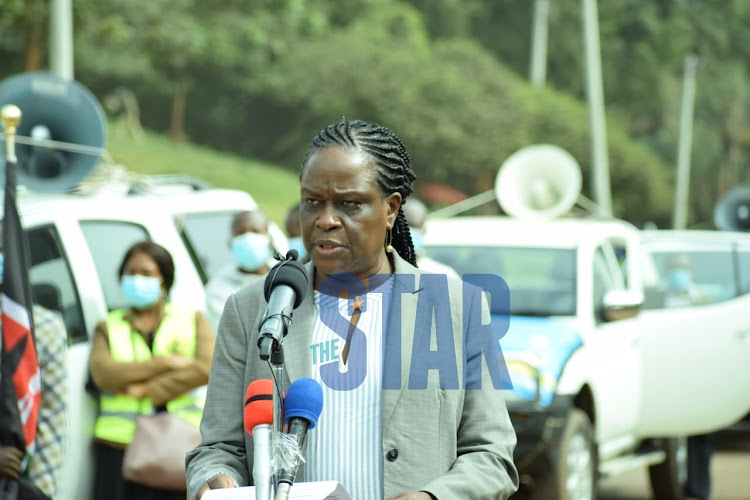 PS State Department of Broadcasting and Telecommunication, Esther Koimett during the launch of the Second Phase of the COVID-19 sensitization campaign at Uhuru Park, June 21,2021.
Image: MARGARET WANJIRU

The media has been urged to give equal gender representation for leaders seeking office in the forthcoming 2022 General Elections.

Principal Secretary, Broadcasting and Telecommunications Esther Koimett reaffirmed the importance of the gender dimension to media pluralism and diversity of media content.

Speaking during a virtual meeting on Women in Politics Media Engagement- Rift Valley Edition, she observed that media is a crucial factor in shaping society’s perceptions and ideas.

She said the Ministry of Information, Communications, and Technology through the Media Council of Kenya (MCK) was training journalists across the country on gender-sensitive reporting that ensures prioritisation of both men and women in news coverage.

“MCK will undertake media monitoring to ensure there is gender balance during the coverage of political aspirants,” she said.

Koimett added that MCK in partnership with other women organisations also trains women in politics on Manifesto development, public speaking, media relations, and development of political messages to enhance their participation in the political agenda.

“The ministry will continue to provide the guidelines and identify mechanisms that support the promotion of gender equality, in particular the adoption of indicators on gender impartiality in the media,” she said.

During the meeting, different participants said women get lesser visibility because most of them are media-shy while others did not know how to exploit it.

Some participants accused the media of focusing on the superficial attributes of women such as beauty, dressing, marital status, and age instead of their development track records and leadership agendas.

Koimett asked mainstream media to adopt self-regulatory measures to promote equal representation of women and men in their reporting.

“All female leaders and political candidates should embrace the diversified media channels and grassroots media houses to carry their messages instead of focusing on the five main media houses in the country,” she said.

Koimett added that equal and fair participation of women and men in politics was fundamental to democracy.

She noted the progress made in embedding policies and affirmative actions that directly promote women candidates in law through voluntary or mandatory quota systems.