MCAs demand a detailed report on the beneficiaries, their workstations and job groups, among other details. 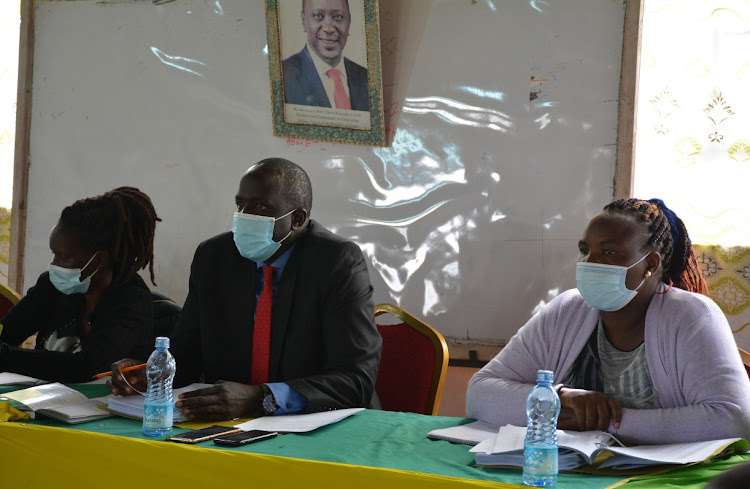 The promotion of hundreds of Uasin Gishu county employees has sparked protests, with MCAs demanding an explanation from Governor Jackson Mandago's administration.

Some long-serving staff members have complained that the promotion was discriminative and lacked merit. They say their juniors were preferred.

The county has about 3,000 employees, of whom more than half benefitted.

“Some junior staff who were employed recently have even been promoted by two job groups, while those who have served for many years have stagnated in the same job groups, yet the county is not explaining why they were left out,” one employee lamented.

County assembly deputy speaker Hosea Lamai has directed Majority leader Josphat Lowoi to ensure a statement on the promotion is tabled in the house within the next 14 days.

The MCAs want the county government to provide a list of staff who were promoted and the criteria used to select them.

Chief Whip Gilbert Tenai said they want the County Public Service Board to give a detailed report on the promotion to explain the promotion and provide beneficiaries' names, workstations and job groups, among other details.

"As an assembly, we approved money for the promotion and we want to know if all workers were given due fairness. Those who have served for long and the new ones needed to be considered fairly and on merit,” Tenai said.

“One of the worst things that can happen to public service is low morale and unless such promotion is done on merit, it will demoralise our staff. It’s not proper to give promotion to those who do not deserve and leave out genuine cases,” Sang said.

An employee told the Star that the promotion was marred by favouritism, tribalism and sycophancy. He said some departmental heads were frustrating their juniors by withholding promotions and other benefits.

CPSB officials, however, said they had recommended promotion, especially of staff who had stagnated in the same job groups for long, and questioned why some were left out.

Deputy speaker Lamai warned the county against ignoring the matter and demanded a report be presented so that flaws in the exercise are addressed.

Meanwhile, county assemblies in the North Rift region have resumed operations after a two-month break and MCAs and all staff have been directed to adhere to all Covid-19 control measures.

MCAs in Nandi, Uasin Gishu and Elgeyo Marakwet have also been urged to carry out some of their operations virtually and avoid physical meetings.

Lamai said the Uasin Gishu assembly would ensure all facilities for meetings are arranged as per the Covid-19 regulations.

Majority leader Lowoi said the MCAs have a busy calendar in the final year ahead of the next general election.