Over 1,000 cops to man Safari Rally in Naivasha

About 30,000 visitors expected in the town this weekend

• Hoteliers reported full bookings ahead of the event which starts Thursday and ends on Sunday.

• Subcounty commissioner Mutua Kisilu said a team from the national government was overseeing the security arrangements. 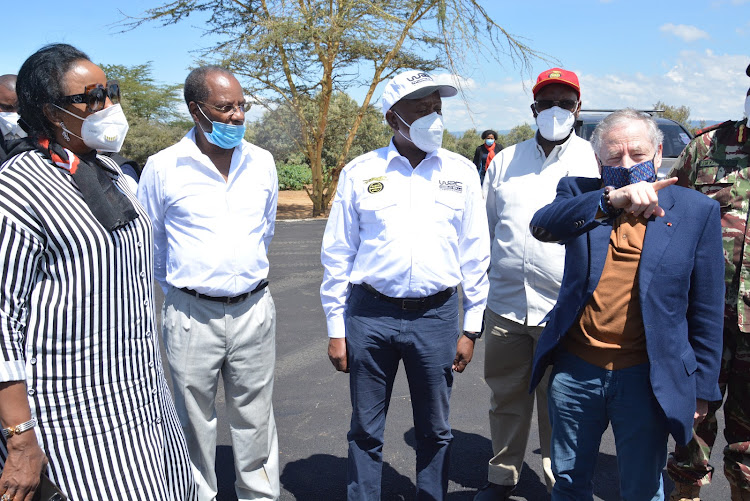 More than 1,000 police officers have been deployed to Naivasha to strengthen security during the World Rally Championship's Safari Rally.

Hoteliers reported full bookings ahead of the event which starts Thursday and ends on Sunday. About 30,000 visitors are expected in Naivasha.

Subcounty commissioner Mutua Kisilu said a team from the national government was overseeing the security arrangements.

Kisilu said that they were working closely with the team to make sure that all the health and security issues were in place for a successful event.

“Already the town is full of activity ahead of the rally. With the organisers out in the field, we expect this to be one of the most successful rallies,” he said.

Kisilu said they were working with the department of health, the organisers and the hoteliers to make sure all health protocols on Covid-19 are followed.

Naivasha police boss Samuel Waweru said security officers had been stationed in all the hotels hosting the guests during the rally.

He said that the security officers were ready for the visitors and warned trouble makers to keep off.

“We have not recorded any case of criminality as we have increased our patrols in and around the town ahead of the world event,” he said.

Event organiser Billy Muturi said that they had organised a three-day carnival from Friday to Sunday in Baron Grounds near the Delamere shopping centre. They will hold a reggae party on Friday, dunda festival on Saturday and an old school Sunday in festivities dubbed Pull up and Chill.

“We have adhered to all the set health regulations and we want to use the function to welcome all the visitors to the lakeside town,” he said.

WRC Safari Rally chief executive officer Phineas Kimathi said that they were working with the county government and entrepreneurs during the event.

“We expect over 10,000 international visitors in Naivasha during the event and this will boost businesses in this town and Nakuru county,” he said.