•The three deaths brought to six the number of Rothschild giraffes electrocuted, an incident that caused a huge public outcry. 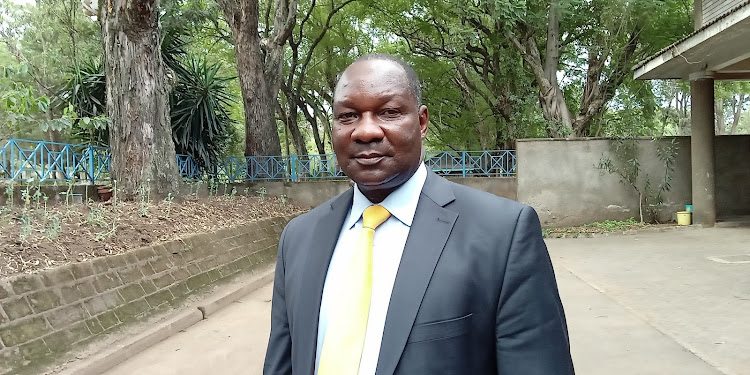 Kenya Power has spent more than Sh10 million over the last two months to clear electricity infrastructure within the animal conservancies in Nakuru county to safeguard wildlife.

The move comes after three endangered Rothschild Giraffes were electrocuted by low-hanging power lines at Soysambu Conservancy on February 19.

The three deaths brought to six the number of Rothschild giraffes electrocuted, an incident that caused a huge public outcry.

“It was an unfortunate incident, the company appreciated the instant feedback from stakeholders and moved swiftly to put in place sustainable interventions to prevent re-occurrence,” he said.

Guda said the organisation regretted the incident because wildlife forms an integral part of the natural and cultural psyche.

“This joint audit of the entire power infrastructure within the Conservancies was necessary to make ecological rectifications that may be required,” he said.

Guda who was accompanied by the Kenya Power Central Rift regional manager, Geoffrey Muli and other senior officials said the project had commenced with safety enhancement construction in all the conservancies in Nakuru.

The works involved removal of sagging sections by fixing mid-span poles within the lines in the conservancies, use of longer poles of between 12m and 15m, replacing old wooden poles with concrete ones and fencing transformers.

Guda said the company had established measures to ensure continuous hazard detection and accident prevention which included routine inspections that will be carried out within all animal conservancies every quarter of the year to identify areas requiring preventive maintenance.

“These measures will be coupled with regular meetings involving administrators of the conservancies to collectively identify other interventions related to power lines that will support animal safety for implementation,” he said

On a wider span, he said there were many conservancies in Mt Kenya, Coast and the larger Rift Valley where similar interventions were required.

He promised to work in partnership with KWS and other stakeholders in extending electricity safety to other wildlife parks across the country and ensure power infrastructure does not pose any danger.

“Kenya power has established a wildlife safety policy and with the above interventions, the company promises zero incidents within the animal conservancies in the days to come,” he said.

Guda said the company had a moral obligation to ensure adherence to the highest forms of safety in all its undertaking.

He reiterated unreserved commitment to safe installation and maintenance of the network to ensure the safety of both humans and animals while ensuring quality and reliable power supply.