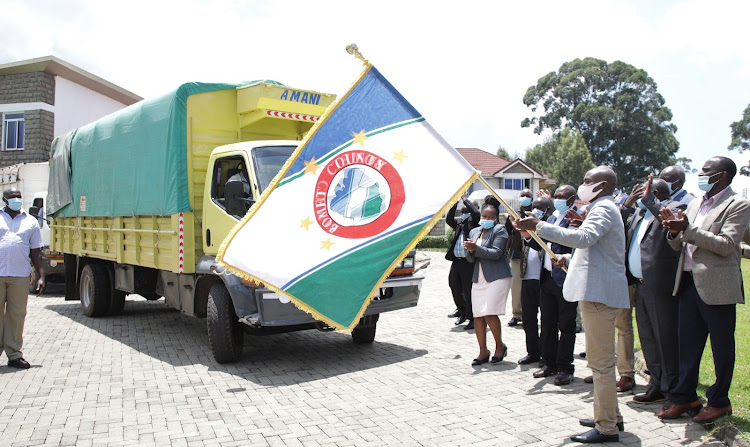 The Bomet county government wants small-scale tea farmers from the region to reap maximum benefits from their produce.

To this end, Governor Hillary Barchok has distributed building materials worth Sh23 million to 139 tea buying centres across the county.

He said the county relies heavily on agriculture, hence the need to cushion farmers against financial burdens.

He pointed out that most farmers in the tea-growing areas of the county were still using makeshift structures in handling green leaf, something he said has continued to affect the quality of made tea.

The support, the governor said, will reduce the costs incurred by farmers so that the little they get from their crop can be spent on family needs.

He noted that an estimated 20 per cent of post-harvest green leaf is lost since about 60 per cent of the buying centres currently in use are incomplete to meet the standards required by tea factories.

He noted that with such support, production as well as income will be greatly improved.

“Our intervention as a county is targeted at reducing the burden farmers have had in putting up decent structures to handle the green leaf. We want them to use what they earn from their produce on family issues,” Barchok said.

Present during the flagging off of the materials were Deputy Governor Shadrack Rotich, Agriculture CEC Kipchumba Towett and some ward representatives.

Towett said the benefiting buying centres were selected by a committee formed through public participation.