• Some health workers reluctant because of reported risks. However, West Pokot Governor John Lonyangapuo has directed health workers to take the jab as a matter of priority. 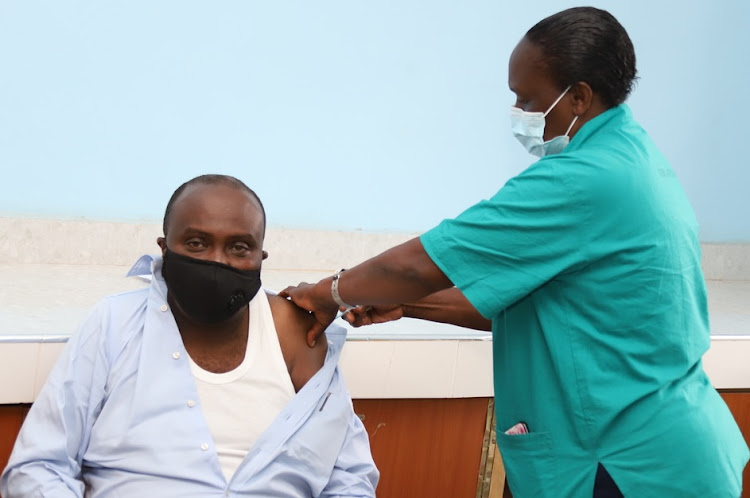 Counties in North Rift have a recorded a rush for the Covid-19 vaccination as cases of the disease have surged in the last two weeks.

Uptake was slower in some areas, however, as targeted groups, especially health workers, avoided the jab due to fears the Astrazeneca vaccine is linked to increased risk of blood clots.

The issue is being studied. Some experts say there's no clear link. Some cite increased risk of clotting among younger people, especially women taking oral contraceptives.

Health officials in Uasin Gishu, Turkana, Trans Nzoia and West Pokot said they had seen an increasing number of frontline workers turning up for the jab.

West Pokot Governor John Lonyangapuo has warned health workers in the region they must take the jab as a matter of priority.

The eight North Rift counties have recorded more than 1,500 new infections in two weeks, with Uasin Gishu and Nandi leading in numbers of infections.

“They have no excuses and should go for it as required," Lonyangapuo said.

Uasin Gishu Deputy Governor Daniel Chemno was vaccinated on Tuesday and urged people not to harbour "unfounded fears" over the safety of the Astrazeneca vaccine.

Speaking after getting the jab, Chemno said, "The vaccination is simple and easy. Just relax and get vaccinated. No reason for unfounded fears.”

He called on the government to send more doses to the region.

“I have not felt any side effects. Taking the vaccine is the right thing to do because we need to protect ourselves and our families,” he added.

The government has given priority to frontline health workers, teachers, uniformed police and people older than 58 years.

Chemno urged everyone to take the Covid third wave seriously and to observe all protocols.

“We’re urging people to avoid groupings, wash their hands regularly and avoid physical greetings, among others. That's the best way to win this fight,” he said.

He was accompanied by health executive, Dr Evelyne Rotich.

At Moi Teaching and Referral Hospital, CEO Dr Wilson Aruasa more than half of the 7,000 workers targeted have been vaccinated in the first phase.

County health officers said they anticipate the 60,000 doses will be finished in two weeks.