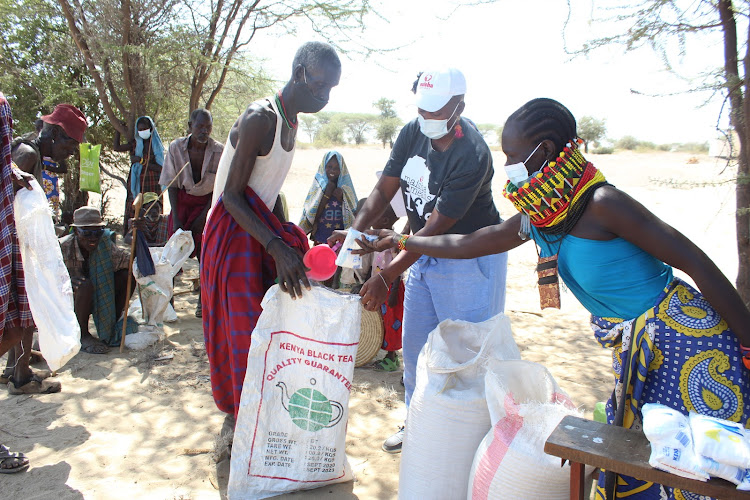 Turkana Deputy Governor Peter Lotethiro said the entire county is affected by drought and hunger. Since last August, Turkana has not received any rainfall.

Lotethiro said 50 per cent of the population (about 640,000 people) are facing starvation as drought intensifies in most parts of Turkana.

“The drought situation in Turkana is gradually getting worst. The National Drought Management Authority report reveals that we are getting into the alarm situation and by extension an emergency in the region,” he said.

Lotethiro spoke when he flagged off relief food for 11,000 families affected by drought and hunger in Turkana.

He said the new cycle of relief food distribution is part of a response plan by the county government to aid residents from food insecurity amid the Covid-19 pandemic.

Ikaru said the food dispatches will prioritise Kibish, Turkana North and East subcounties worst hit by the dry season with the remaining areas to be served as distribution continues.

Last week, Governor Josphat Nanok appealed to the national government, through the Ministry of Devolution and Arid and Semi-Arid Lands,to help feed thousands of people in the county currently staring at starvation due to the devastating effects of drought.