• Laikipia residents blame the state for exposing them to suffering at the hands of bandits who raid homes and farms, kill them and steal livestock. Year's death toll eight.

• Leaders and residents demand the return of National Police Reservists who were withdrawn and disarmed. 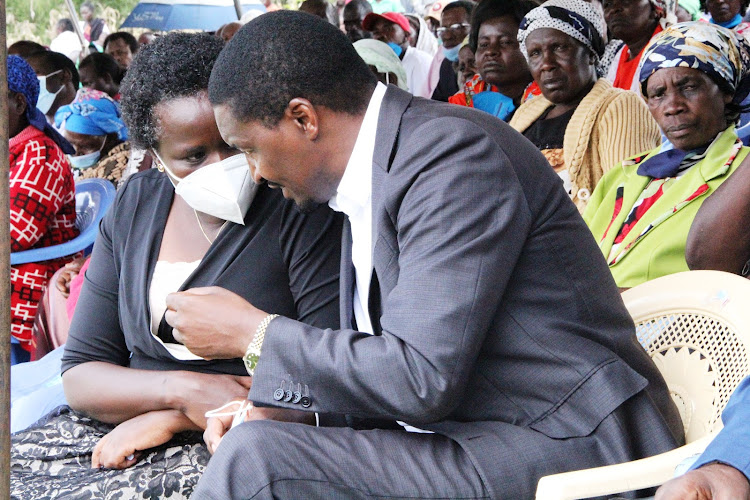 Laikipia leaders have blamed the government for failing to protect residents from bandits who raid their homes and farms, kill them and steal their livestock.

A 41-year-old man was fatally shot by cattle rustlers at Muramati village in Laikipia North subcounty on Tuesday last week. That raised to eight the banditry death toll this year.

Led by The Service Party leader Mwangi Kiunjuri, the leaders condemned the attacks and said government has failed to protect lives and property.

Kiunjuri said the government is busy sending troops of security officers to block rallies for Deputy President William Ruto while it cannot even give guns to National Police Reservists so they can protect lives and property.

Speaking during the burial of banditry victim Moses Ndirangu, Kiunjuri said it's high time Laikipia people were assured of their security by the government they voted for but which ignores them.

“The government withdrew NPRs from the region without disarming bandits from the neighbouring counties and this has been the major problem," the former Agriculture CS said.

He was kicked out of the Cabinet in January and said President Uhuru Kenyatta purged him for speaking out about problems affecting Mt Kenya.

Lekorere said she has taken a petition to Parliament to reintroduce NPR in the region as that's the only way people can be safe.

She said that residents continue to die due to illegal firearms in the hands of a few people who will continue terrorising innocent people.

Post a comment
WATCH: The latest videos from the Star
by ELIUD WAITHAKA
Rift Valley
14 October 2020 - 22:00
Read The E-Paper