Eight counties lift ban to allow trading among counties; livelihoods had been hurt.

• “We have lifted the ban but traders should observe guidelines to help curb spread of the virus,” Longyangapuo said

• Most Noreb counties depend on livestock and the ban has hurt livelihoods.

A ban on livestock markets and trade has been lifted in the eight North Rift counties.

They were closed immediately when the first case of Covid-19 was reported in March to prevent spread of the virus.

Speaking Wednesday after lifting the ban, West Pokot Governor John Lonyangapuo said the ban was lifted in consultation with other governors in the North Rift Economic Bloc.

“We have lifted the ban but traders should observe the guidelines to help curb spread of the virus,” he said.

Most Noreb counties depend on livestock keeping and the ban had hurt livelihoods as crowds were banned and social distancing required, among other measures.

“We reviewed the ban and resolved to open the markets among member counties and beyond with immediate effect to help boost income at the household level,” the governor said. 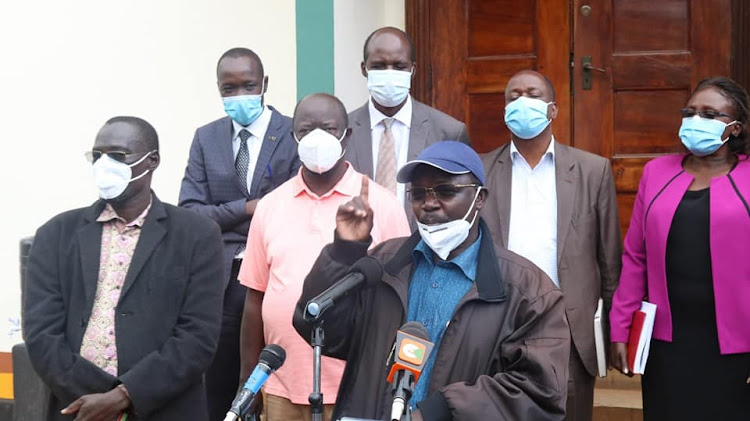 During the Covid-19 pandemic, West Pokot has concentrated on vaccination and renovated more than 300 cattle dips to control livestock diseases, notably those transmitted by ticks.

More than 500,000 goats, sheep and camel have been vaccinated.

“We have vaccinated animals against various diseases and most farmers will reap huge profits now that we have officially opened our markets," Longyangapuo said.

The aim is to make the county a disease-free zone so that healthy livestock can be sold to a new slaughterhouse and exported to other counties and internationally.

“We solely depend on livestock trade. Some of us had taken loans to finance the business and the abrupt ban resulted in huge losses," he said.

Rules provide strict guidelines on identification of livestock and boost the safety of products.
News
9 months ago

We should register our livestock too for purposes of trade

Farmers should be registered too to know who's not doing enough on their farm.
Opinion
1 year ago
STAR COMMUNITY POLICY AND PARTICIPATION GUIDELINES
by MARYANN CHAI Correspondent, West Pokot
Rift Valley
16 September 2020 - 22:00