The new generation of allotment letters will be issued to landowners in 26 towns.

• Governor Joseph ole Lenku said the new generation of allotment letters will be issued to landowners in 26 towns.

• It is expected that 50 towns will be targeted in the next phase of the validation exercise until all landowners are authenticated and confirmed. 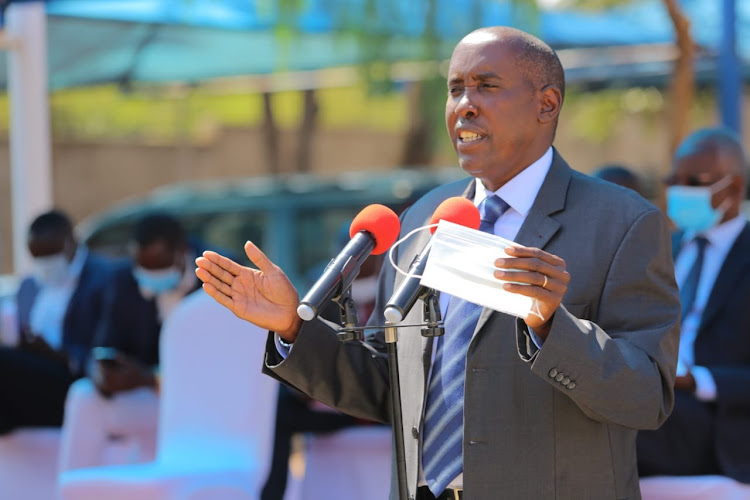 As part of the continuous reforms at the Department of Lands, the Kajiado county government has launched the issuance of 12,657 new generation plot allotment letters.

Speaking during the launch on September 11, Governor Joseph ole Lenku said the new generation of allotment letters will be issued to landowners in 26 towns.

“This will be done after a rigorous validation process is carried out by the lands department to ascertain legal ownership of parcels of land by the holders,” stated Lenku.

He said the letters have eight extra unique security features that make them impermeable to fraudulent activities from land cartels, adding that this has given financial institutions the confidence to use them as collateral for credit services.

Lenku said Kajiado continues being a model county for development in all fronts.

“If it is not for the prevailing Covid-19 pandemic, a big lands’ conference was in the pipeline to showcase the advancements made by this county government since we came into office in 2017,” said Lenku.

He was full of praise for all departments for their commitment in helping him realise his development track record as promised in his elections manifesto.

Lenku urged members of the public to heed the Ministry of Health guidelines on social distancing, use of masks and basic hygiene including hand wash and use of sanitizers.

The county boss said the coronavirus infects regardless of genders and age groups; not just the old and sickly as most people have been speculating.

He said the county has played its part in mitigating the spread of the virus through setting up and equipping of isolation centres and called on individual responsibility from all the residents.

“I commend all front-line health workers because through their dedication, we have seen a decrease in the number of Covid-19 cases in the County,” said Lenku.

Also present at the function was Speaker Johnson Osoi who expressed his satisfaction with the way the validation exercise was carried out.

He termed the issuance of the new allotment letters as a remedy to historical flaws in the issuance of title deeds that had been marred by controversies and underhand dealings that caused anxiety to most land buyers.

Osoi further implored upon the governor to fast-track efforts in the physical planning of smaller towns in the county to set a good precedence for successive regimes.

He assured the support of the county assembly in the endeavour.

MCA Paul Matuyia, who was also present, said the new allotment letters will rid of land cartels, and while members of the public will benefit through the access of credit facilities from financial lenders with the letters as security.

He requested the Lands Department liaise with a view of finalizing on land disputes cases before tribunals on double allotments of land parcels.

Lands CEC, Hamilton Parseina said the Kajiado Lands Registry had previously been ranked third in the list of the most corrupt in the country but through stringent streamlining measures, the reforms have placed Kajiado as the model benchmarking County in matters Lands.

It is expected that 50 towns will be targeted in the next phase of the validation exercise until all landowners are authenticated and confirmed.