Governor Lenku caught up in land dispute in Kajiado

• The former chief confirmed there was no written agreement when he sold the piece of the land to Lenku, whom he described as his brother in law.

• Governor Lenku admitted he bought the land while he was Interior CS but was not aware it had been allegedly grabbed. 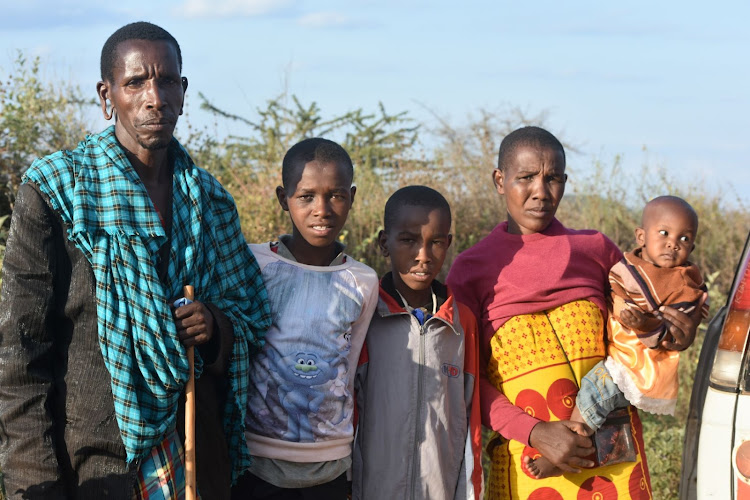 A family in Kajiado is crying for justice on realising a kin sold his entire 140 acres to a Cabinet Secretary seven years ago.

To add salt to injury, Liltoika ole Lendoi, 43, was arrested on Wednesday for allegedly destroying fencing materials on the farm he inherited from his late father.

Lendoi said he had gone to his farm in Mailua group ranch to clear the site where he wanted to build a family house when police guarding the land  arrested him and took him to Namanga police station.

The father of five said he was released on a Sh20,000 police bond and  instructed to report to Kajiado DCI offices on Thursday to record a statement for trespassing.

“It is only this week that I discovered my uncle, who is a former chief, had allegedly sold the land I inherited from my late father to Governor Joseph Lenku, when he was Interior CS in 2014,”  Leindoi said as he shed tears.

Ndulo admits he sold the land to Governor Lenku for Sh4 million in 2014.

He also confirmed there was no written agreement when he transaction happened. He described Lenku as his brother-in-law.

“I married his sister, and he is thus my brother-in-law and there was no way we could sign agreements with a trusted relative,” he said.

Loosely translated, "When Lenku bought this farm, he was a top government official. This farm belonged to my late brother. There is no problem in selling my brother’s land when he is dead. Our tradition allows".

Ndulo, however, said he did not leave his nephew (Leindoi) empty-handed because he paid him Sh1.05 million and gave him 15 cows.

“I gave my nephew the money and cows 16 years ago when I acquired the land from the officials of Mailwa group ranch led by its secretary, Jackson Maraswa. Maraswa showed me the land and even issued me with the title,” Ndulo said.

He also said there was no formal agreement with his nephew when he acquired Lendoi’s land because “he is my child” and did not expect that he would later claim the land.

However,  investigations show the first titles in Mailua were issued in Mailua in 2014 by the then Kajiado Central MP Joseph Nkaissery, He later became Interior CS after Lenku was fired.

We have also established that 16 years ago, Maraswa was serving in the Kenya Defence Forces (at the time was Kenya Army).

Maraswa denied he transacted any land with Lendoi, adding that he was serving in the army at the time.

Governor Lenku admitted Lendoi sold him the land at the said amount but had problems with the title recently when he attempted to use it as collateral at a local bank to secure a loan.

He, however, did not say what he has done with the title.

Lenku had earlier on Wednesday warned a Citizen TV journalist while speaking on the phone “of being used by outside forces to malign his name in the media”.

Ndulo had earlier claimed he sold the 140 acres with a title that was later in 2014 transferred to Lenku’s name.

An elder in Motoroki, Konket ole Kakuro, who was an official of the Mailua group ranch in 2013 said issuance of titles in the ranch was stopped in 2015 after clashes erupted between members.

He said Lendoi is the rightful owner of the land they have established was sold to Lenku.

Another elder, Konkat ole Kakuro, said that on receiving the information this week that Ndulo had sold the land to Lenku, he convened a family meeting. Some 200 members attended to discuss the matter.

“When we asked Ndulo why he sold his nephew's land, he became adamant and told us the land is now Lenku’s and there is nowhere we can go for that matter,” he said.

Kakuro has asked Lenku to surrender the land to the owner and demand his money from the former chief.

“We are telling Lenku, if he is man enough, he should surrender that land to the rightful owner or he faces the wrath of the elders. We may take the only option, which I cannot disclose here, against Lenku which will not be favourable in his entire life,” Kakuro said.

Elder Meliyo ole Masarie said Lenku is still using force to evict the owner of the land and yet he has all the information on how it was fraudulently acquired.

“We are telling Lenku to be a gentleman and immediately surrender that land to this poor owner,” Masarie said. 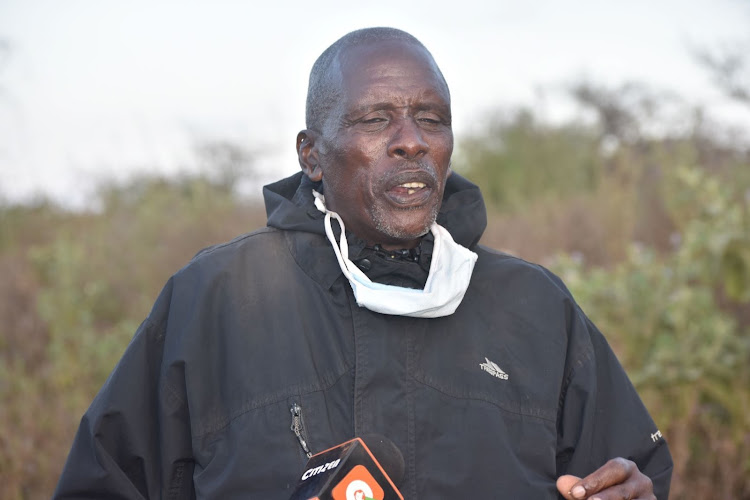 Post a comment
WATCH: The latest videos from the Star
by KURGAT MARINDANY Correspondent
sponsored by THE STAR KENYA None
Rift Valley
12 June 2020 - 18:00
Read The E-Paper