They said the unnamed ambassador is trying to cause confusion in council's leadership. 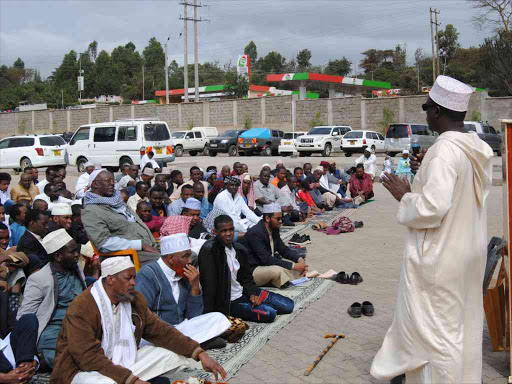 The Supreme Council of Kenya Muslims (Supkem) officials have accused an unnamed foreign envoy from an Islamic country of meddling in the affairs of the council.

Led by Central Rift Secretary Abubakar Bilal and Kakamega county secretary Abubakar Nangalama, they said the ambassador has been organising meetings to cause disharmony and confusion in the leadership of the council.

They also said that they are aware of the scheme being hatched by the envoy to undermine the council and the acting chairman Hassan ole Naado.

They spoke differently to The Star on phone on Sunday.

Bilal said that diplomatic roles and protocols do not allow ambassadors to interference with the hosting countries, especially on the organisation’s leadership.

“This ambassador should leave us alone to decide on our issues because we have the capacity to do our work without any influence regardless of his status,” said Bilal.

He warned that if the said ambassador will continue meddling in their affairs, they will inform his embassy through a petition to the Ministry of Foreign Affairs about his conduct and ill-intentions on Supkem.

“We have been having leadership problems since 2017 and now we had started settling down after ousting the former chairman Yusuf Nzibo only for this foreigner to start interfering with our work,” Bilal said.

He alleged that the four have been bribing some of the officials of the National Executive Committee to call for early elections to change the council's leadership.

“We are afraid that these leaders have been the ones misleading and being behind the ambassador’s undiplomatic roles and also responsible for mudslinging our  chairman Ole Naado,” said Bilal.

Nangalama said that the envoy has been pushing some individuals to call for the elections yet he does not understand what they have been undergoing.

“It is only last month when we mandated ole Naado to be in charge of Supkem after we removed Nzibo. The acting chair should be given time to discharge his duties without any intervention,” Nangalama said.

He added that NEC is the one mandated to call for elections and not an outsider who is advancing personal interests.

“If this leader will continue with his tilted decisions on us, then we will mobilise our people for major demonstration and take complaints to the country of his origin or even avoid dealing with the ambassador until he realized his diplomatic roles,” Nangalama said.