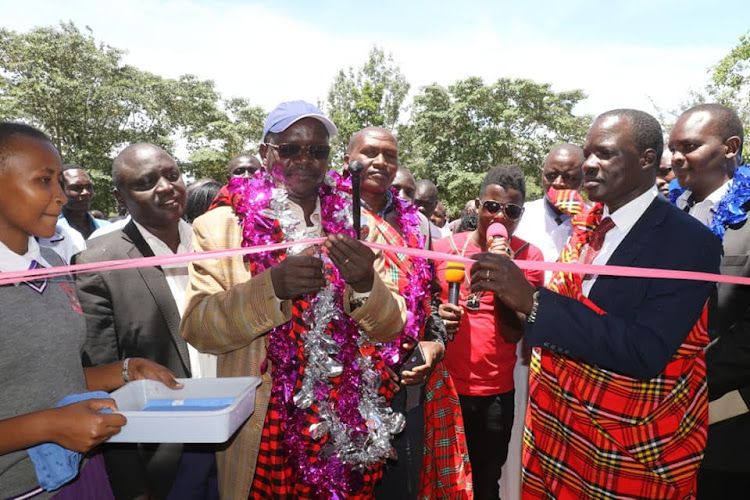 West Pokot Governor John Lonyangapuo has asked the government to increase the budget for health to marginalized counties.

The funds they receive from national government are not enough to cater for health services, he said.

“Over 90 per cent of the health funds remain at national government and only 10 per cent is disbursed to counties. This is not enough to cater for services in counties,” he said.

He spoke at Chepkorniswo dispensary which he opened in Pokot south constituency.

Lonyangapuo said the national government remains with the larger percentage of health funds and yet the function was fully devolved to counties.

The governor said most of the marginalized counties have rough terrain and many areas have no health facilities.

He said since health was fully devolved they are using the little resources they get to set up health centres to help residents.

“We are trying as counties to ensure that  we reduce the distance to health facilities to less than five kilometers," he said.

He said his government had utilized the funds to improve services in most of its health facilities and this had seen a sharp increase in patients who visit.

“Our facilities are overstretched since we receive patients from as far as Turkana and Trans Nzoia counties,” he said.

He said for the two years he has been in office he has been able to construct over 50 dispensaries and completed over 53 that were started by his predecessor.

What's the state of health under counties?

Devolution has brought new health facilities and medical equipment to all counties. But health workers are largely dissatisfied. Nurses and doctors ...
Sasa
4 years ago